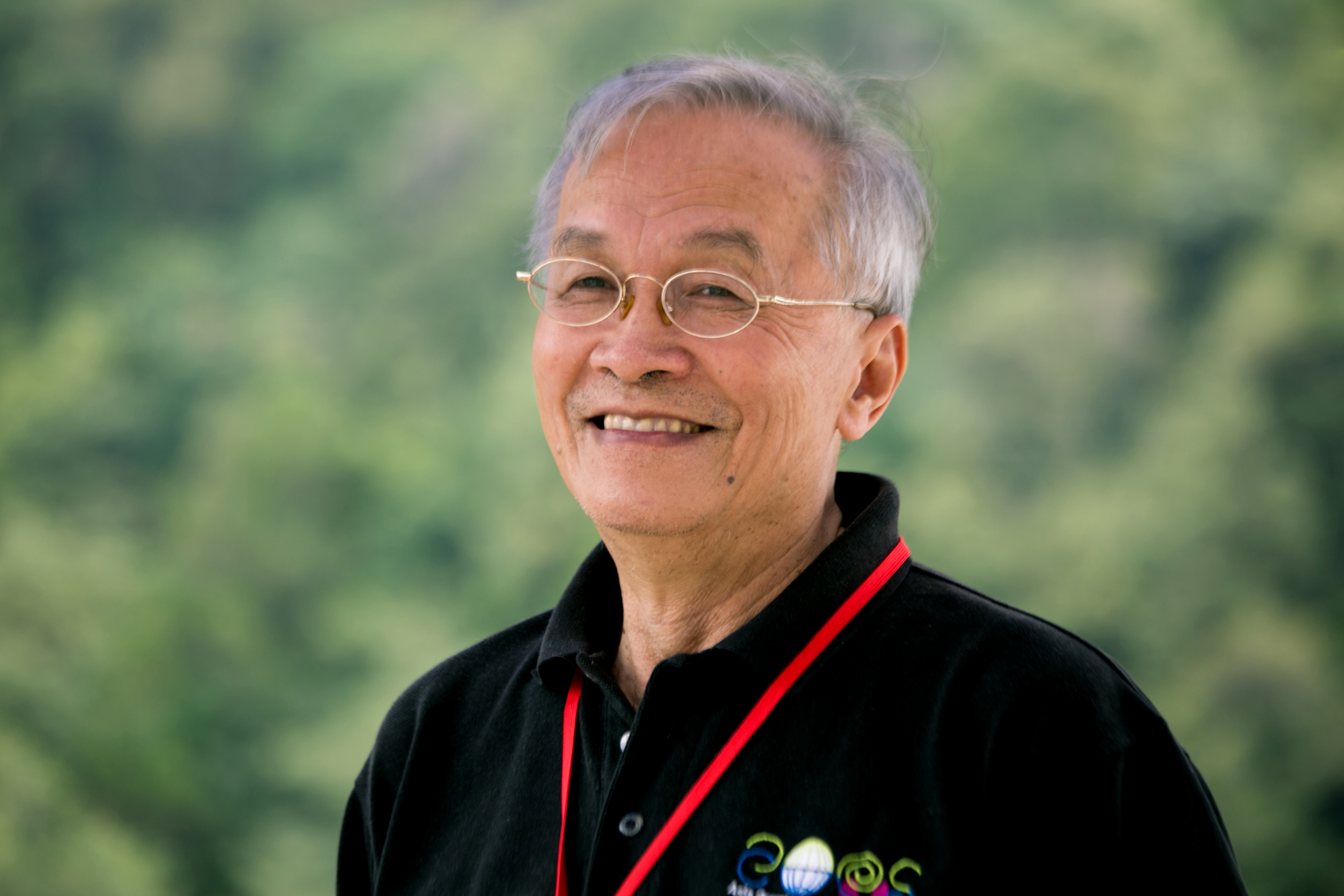 The Division for Planetary Sciences of the American Astronomical Society is pleased to award the 2020 Gerard P. Kuiper Prize for outstanding contributions to the field of planetary science to Professor Wing-Huen Ip at the Institute of Astronomy, National Central University, in Taiwan, for his contributions to advancements in comet plasma physics, solar-system dynamics, and magnetospheric interactions with atmospheres and solid surfaces. One example of his seminal contributions includes his paper in Nature that presented a model for the formation of magnetism-free cavities at Comet Halley; three decades later, the same phenomenon was seen on 67/P Churyumov-Gerasimenko by Rosetta.

Wing has been a ceaseless promoter of the scientific exploration of the solar system in the United States, Europe, and Asia. He was the founding president for the Asia-Oceania Geosciences Society (AOGS), which brought together the geosciences community and planted the seeds of planetary science in the Asia-Oceania region, since becoming one of the world’s leading international scientific organizations, forging new collaborative links between a wide range of fields across the globe.

Wing’s leadership and service has had a significant impact on the international planetary science community, and he has been involved in a variety of international missions to targets throughout the solar system. He is known as one of the three fathers of the Cassini-Huygens mission to Saturn and Titan and played a key role in getting the mission started. He has also participated as a co-investigator on numerous planetary missions including the Rosetta mission, ESA’s Giotto mission to Comet Halley, NASA’s International Cometary Explorer mission, and NASA’s Deep Space-1 mission to Comet Borrelly. He has exerted a strong influence on planetary science through international collaborations and the training and inspiration of young scientists.

In recognition of his scientific productivity, leadership, international collaboration, generosity, and passionate pursuit of solar system exploration, it is with great pleasure that the DPS awards the 2020 Gerard P. Kuiper Prize to Wing-Huen Ip. 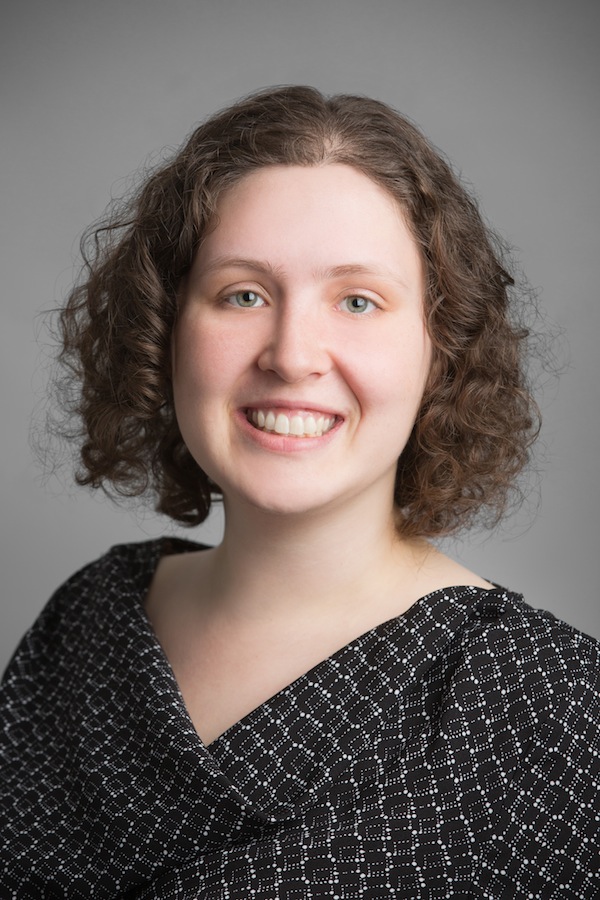 The Division for Planetary Sciences of the American Astronomical Society is pleased to award the 2020 Harold C. Urey Prize for outstanding achievement in planetary research by an early career scientist to Dr. Rebekah Dawson (Pennsylvania State University) in recognition of her groundbreaking research on planetary dynamics, the formation of planetary systems, and the characterization of exoplanets on close-in orbits. Her work combines a deep understanding of planetary dynamics, innovative statistical analysis of astronomical data, and keen insight into emerging trends to yield breakthrough science in both our own solar system and exoplanetary systems.

Rebekah has sorted out complex phenomenology with elegant and precise theoretical work, which has both clarified the interpretation of puzzling observational results and pointed the way toward tests of the models with future observations. An example of this is her early work on understanding radial-velocity data for multiplanet systems, where she re-analyzed archival data for planet 55 Cancri e and discovered previous misinterpretations; in doing so she paved a path for future observations to correctly characterize both this exoplanet and others. Throughout her varied projects that typically connect theory to observations, Rebekah has incorporated advanced statistical methods while keeping the focus on important scientific questions, setting an example for successful incorporation of new techniques in the field.

Rebekah has been invited to produce several reviews, including a synthesis of Kepler results and a comprehensive analysis of the formation of hot Jupiters. Her review paper on hot Jupiters is a milestone in that it synthesizes, interprets, and forecasts the state of the field for a wide range of researchers studying these enigmatic objects. She also exemplifies scientific leadership in her organization of prominent conferences and involvement in planning future NASA missions such as the Large Ultraviolet Optical Infrared Telescope (LUVOIR).

In summary, Rebekah Dawson has examined both new and long-standing scientific problems and through interdisciplinary and systematic analysis has changed the field’s view of several important concepts. The DPS is proud to award the 2020 Urey Prize to Rebekah Dawson. 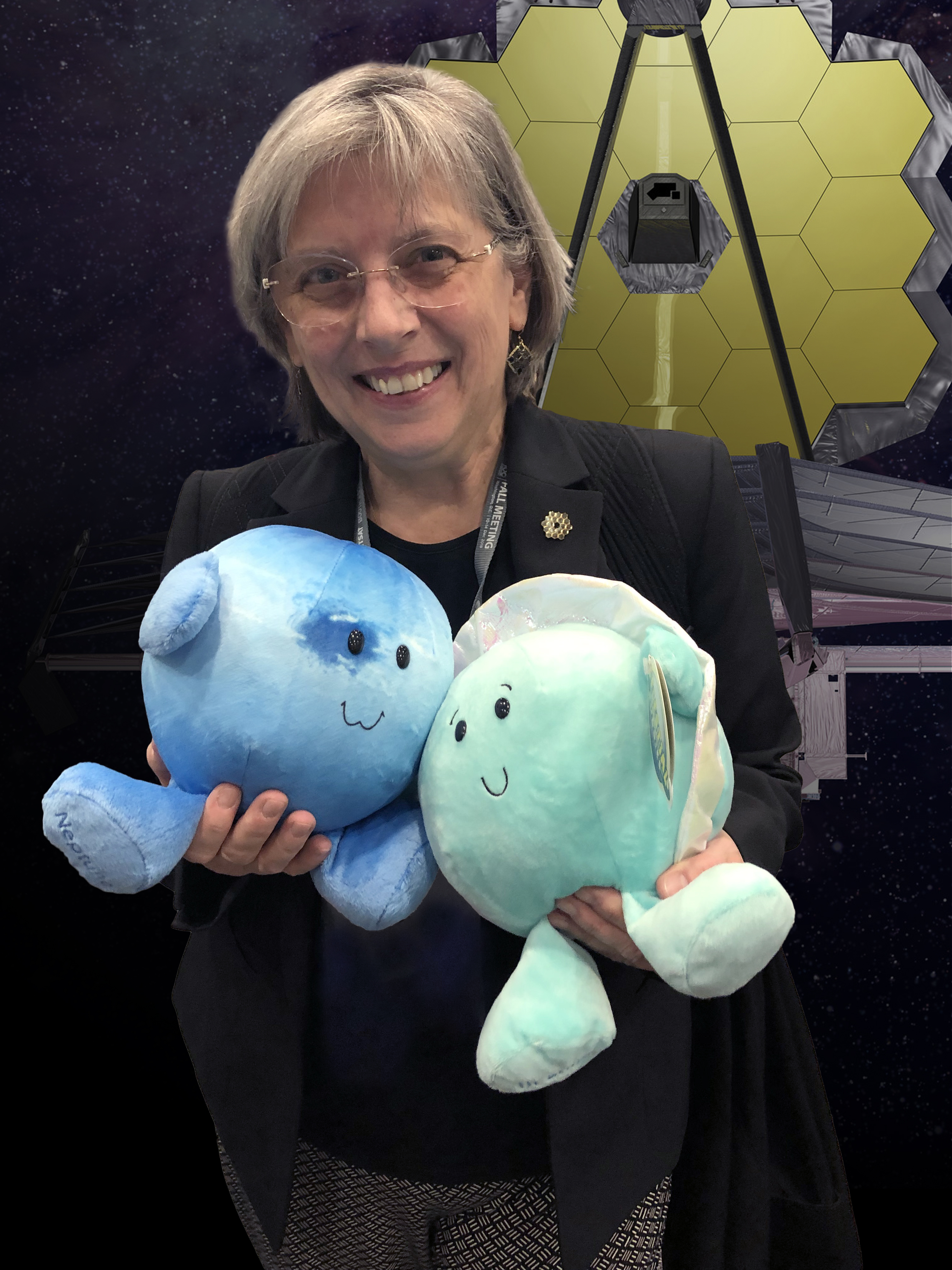 The Division for Planetary Sciences (DPS) of the American Astronomical Society (AAS) is pleased to award the 2020 Harold Masursky Award for meritorious service to planetary science to Dr. Heidi B. Hammel (Association of Universities for Research in Astronomy) for her extensive and impactful service spanning nearly 30 years. She has served in many positions within the DPS and AAS, culminating in her service as DPS Chair (2013-2015). Her professional activities include a diverse set of advisory boards, editorial boards, panels, committees, task forces, and councils. She also participated and sometimes led many Telescope Allocation Committees (TACs) and review boards for Keck, IRTF, Spitzer, and Hubble; for Discovery missions; and Research and Analysis panels.

Heidi has a unique reputation as an advocate for the entire planetary science community, often ensuring that observatories and other facilities consider the full range of science opportunities pertinent to planetary science. For example, as an Interdisciplinary Scientist for the James Webb Space Telescope (JWST), she dedicated all of her guaranteed time to the community. Going even beyond that, she solicited input broadly from the solar-system community to create a comprehensive scientific program that would provide maximum science benefit, waiving all proprietary time for the data so that the solar-system researchers have immediate access.

As a tireless proponent for exploration of the distant ice giants, both via Earth-based astronomy and future space missions, Heidi provides a passionate voice for a broad swathe of observers and theorists studying the outer solar system and looking beyond the era of Cassini, Juno, and New Horizons. Among all of these activities, she makes public outreach and inspiration of the next generation of scientists a high priority, mentoring students and professionals alike. Early in her career she became a well-known “face” of planetary astronomy during the Comet Shoemaker-Levy 9 encounter with Jupiter. Her ability to communicate science to the public is effective and well-received.

This broad range of service highlights her depth and breadth of knowledge, leadership, commitment to mentoring, and programmatic diplomacy, all of which she continues to apply to the benefit of the planetary science community today. DPS is proud to honor Heidi B. Hammel with the Masursky Award. 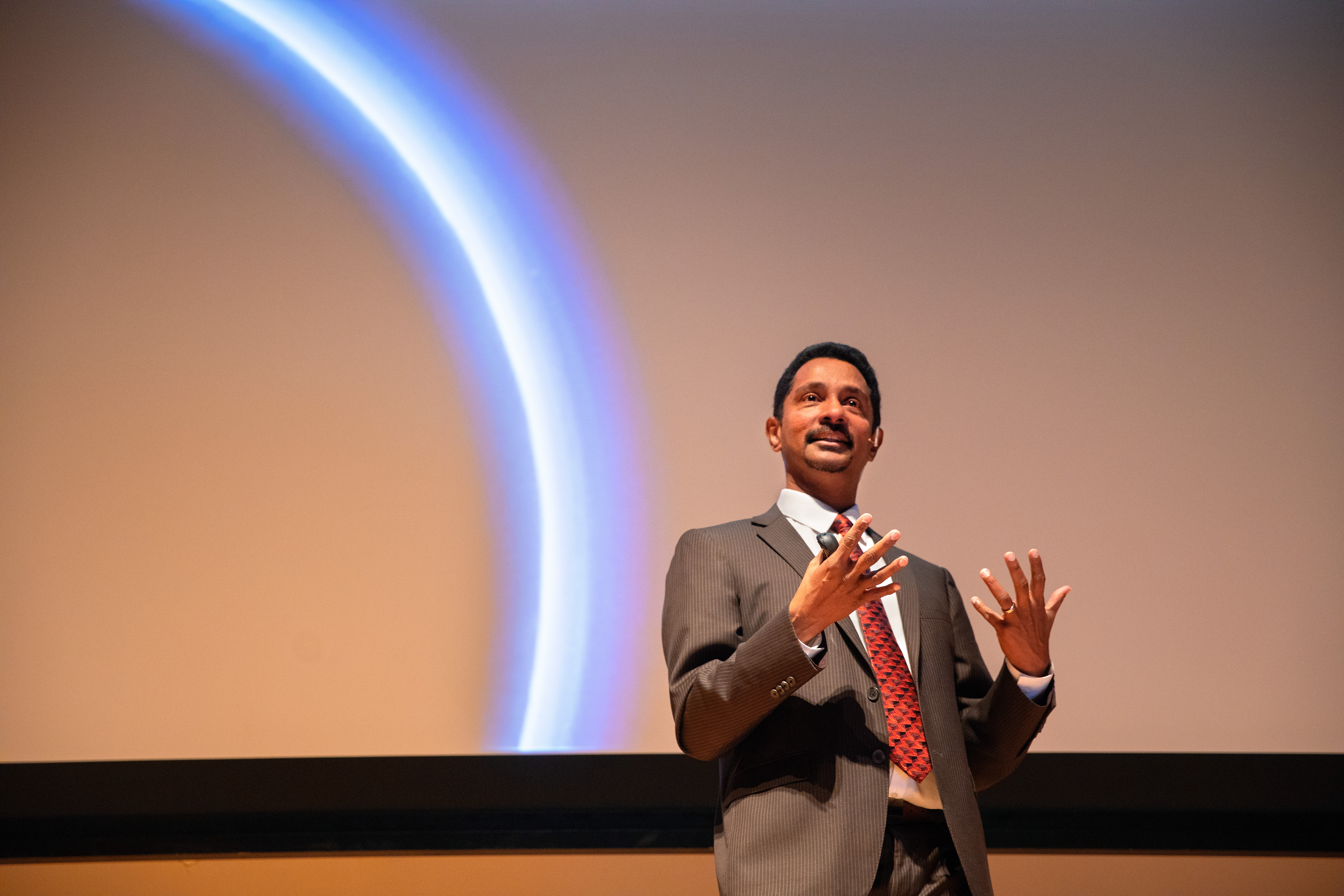 The Division for Planetary Sciences of the American Astronomical Society is pleased to award the 2020 Carl Sagan Medal to Dr. Ray Jayawardhana (aka RayJay) for outstanding contributions to the dissemination of planetary science research to the general public. Like Carl Sagan was, Dr. Jayawardhana is an active, accomplished academic scientist; he is now Dean of the College of Arts and Sciences and Professor of Astronomy at Cornell University.

Ray has published four popular books to widespread acclaim. His first was Star Factories: The Birth of Stars and Planets, followed by Strange New Worlds: The Search for Alien Planets and Life Beyond Our Solar System, which served as the basis for an hourlong CBC TV documentary. His book Neutrino Hunters was published in seven countries and received a Canadian Science Writers’ Association book award in 2013. His most recent book, Child of the Universe, is aimed at kids and builds on the legacy of Carl Sagan by revealing our deep and enduring links with the cosmos. Like Carl, Ray has traveled the globe bringing astronomy to diverse audiences through lectures and the media.

As a popular professor, Ray taught thousands of nonscience majors in introductory astronomy courses. Over three decades, Ray has written frequently for many prestigious and widely read publications, including The Economist, Science (beginning as an undergraduate at Yale), New Scientist, Scientific American, Smithsonian, Astronomy, and Sky & Telescope. Lately Ray has become a frequent contributor to the highly influential, highly selective op-ed pages of the New York Times and the Wall Street Journal. His science writing has been recognized by an American Institute of Physics Science Writing Award in 2003, a Guggenheim Fellowship in 2014, and the Dwight Nicholson Medal for Outreach of the American Physical Society in 2018. Asteroid 4668 Rayjay is named after him.

While reaching out to the general public, Ray has remained a highly published and cited scientist and has been honored repeatedly for his research accomplishments in the fields of exoplanets and planetary formation. The DPS is proud to recognize Ray Jayawardhana for his outstanding public communications on the accomplishments of planetary scientists and astrophysicists with the award of the 2020 Carl Sagan Medal. 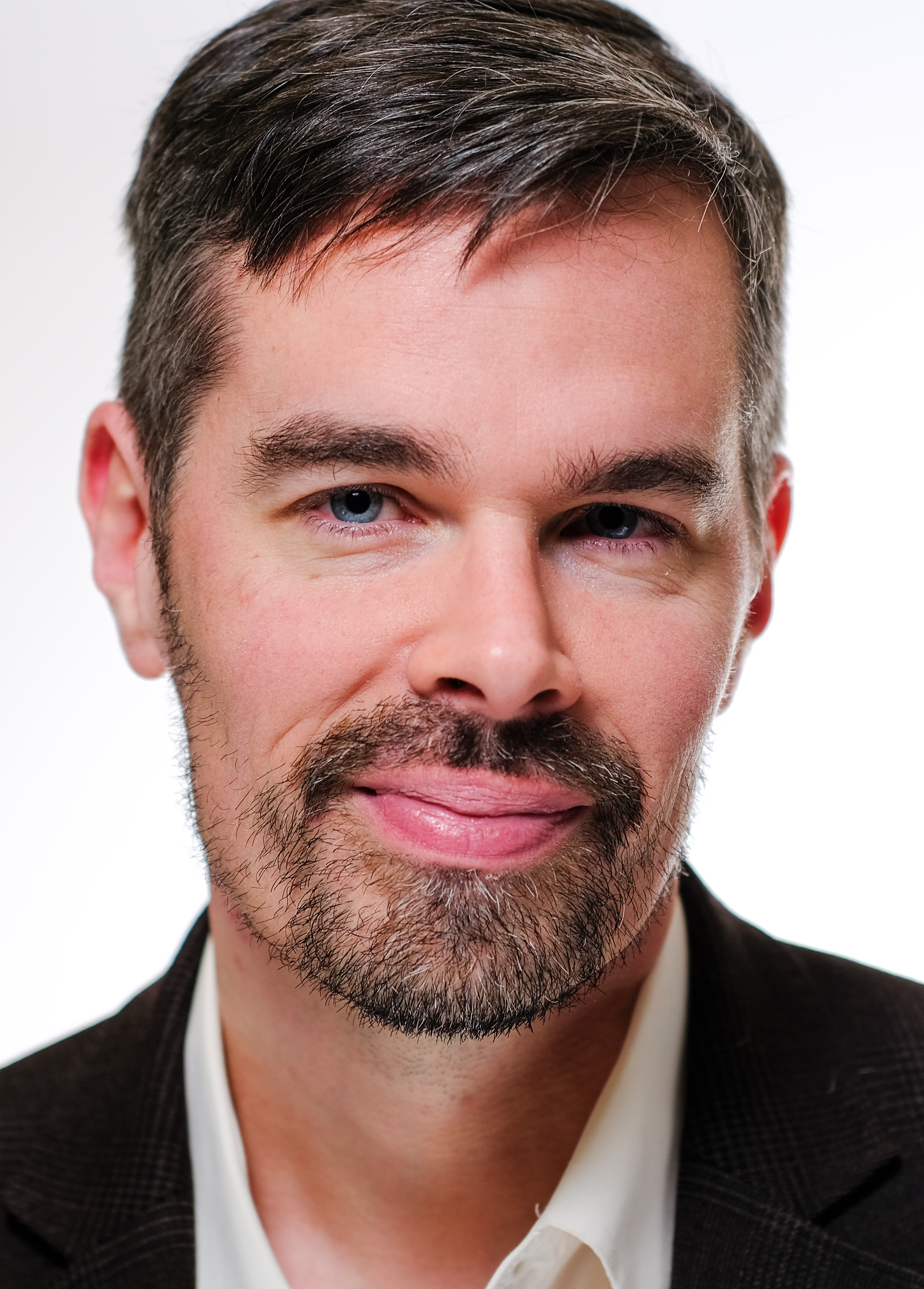 The Division for Planetary Sciences of the American Astronomical Society is pleased to award the 2020 Jonathan Eberhart Planetary Science Journalism Award for distinguished popular writing to freelance writer Dr. Christopher Crockett for his article “How the Moon Landings Changed Our View of the Solar System” published in Knowable magazine on July 16, 2019.

Dr. Crockett started out as a professional astronomer, receiving his PhD in astronomy from the University of California, Los Angeles, in 2011. He worked at Lowell Observatory and the U.S. Naval Observatory, where he focused on a search for young exoplanets. In 2016 his work led to the discovery of a giant exoplanet around the classical T Tauri star CI Tau.

In 2013 Dr. Crockett began his journey as an astronomy writer after he was awarded a Mass Media Fellowship by the American Association for the Advancement of Science. Since then he has worked for Scientific American, Science News, and Sky & Telescope magazines. Currently, he works as a freelancer covering a wide variety of topics ranging from planetary science and astronomy to physics. His work reaches a large audience through several popular science magazines.

In his winning article, published during the 50th anniversary of the Apollo 11 mission, Dr. Crockett describes how the lunar samples returned by the Apollo astronauts continue to transform our understanding of the evolution of the solar system to this day. He describes how the analysis of the samples led to theories that include a period of planetary migration and heavy bombardment on the Moon, and how recent studies cast doubt on these theories. The article emphasizes the need for future lunar exploration and sample return to answer outstanding questions about the solar system.

The DPS is proud to confer the 2020 Jonathan Eberhart Award on Chris Crockett for his outstanding article and to celebrate Knowable magazine for publishing it.