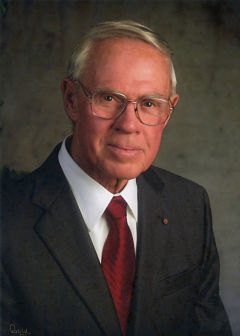 Gerard P. Kuiper Prize for outstanding contributions to the field of planetary science is awarded to the late Dr. Stanton J. Peale (University of California at Santa Barbara) for his substantial and broad contributions to planetary science, particularly in the areas of planetary dynamics, planetary interiors, and the search for extrasolar planetary systems.  His application of rigorous mathematical modeling to understanding the interiors of planets and moons led to the prediction that Io, one of the moons of Jupiter discovered by Galileo, would exhibit active volcanic eruptions. Soon after this prediction, the Voyager 1 spacecraft discovered the first example of active volcanism outside the Earth.  He devised an ingenious procedure to determine whether Mercury’s core is molten, a procedure that was successfully implemented using radar observations. His other significant contributions included studies of the Laplace resonance, a celestial dance linking Io to other Galilean moons, and the spin-orbit behaviors of several planets and satellites. Toward the end of his career, Dr. Peale turned his attention towards the search for and dynamical characteristics of extrasolar planets. Before his death on May 14, 2015, Dr. Peale was an emeritus professor at the University of California at Santa Barbara. He was elected to the National Academy of Sciences in 2009, and he was a Fellow of the American Association for the Advancement of Science and of the American Geophysical Union. He holds a NASA Exceptional Achievement Medal and asteroid 3612 Peale was named after him in recognitions of his achievements. He received his doctoral degree from Cornell University in 1965.. 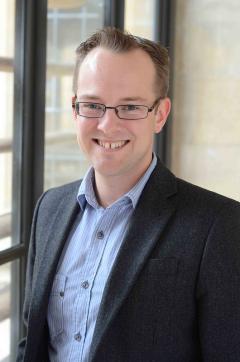 Harold C. Urey Prize for outstanding achievement in planetary research by a young scientist goes to Dr. Leigh Fletcher (University of Leicester) in recognition of his ground-breaking research in understanding physical and chemical processes in the atmospheres of the outer planets. His research uniquely combines the acquisition and interpretation of both spacecraft and ground-based observations of thermal emission, coupled with theoretical models, which translate the data into physical properties, providing new insight into dynamics of these atmospheres and constraints on their origins. His work has resulted in insights to such phenomena as the distribution of temperatures, chemicals, and clouds in Jupiter’s Great Red Spot; the chemical make-up of Saturn’s atmosphere which reveals clues about its origin; the identification of the cloud levels responsible for the brightening of a planetary-scale region in Jupiter; the discovery of a major hot vortex in the stratosphere of Saturn; the implications of changes of Saturn’s temperatures and gaseous constituents for variability in its dynamics; and the distribution of stratospheric temperatures and minor constituents in Neptune.  Dr. Fletcher is currently a Royal Society University Research Fellow at the University of Leicester. He received his PhD in Planetary Sciences from the University of Oxford in 2007. 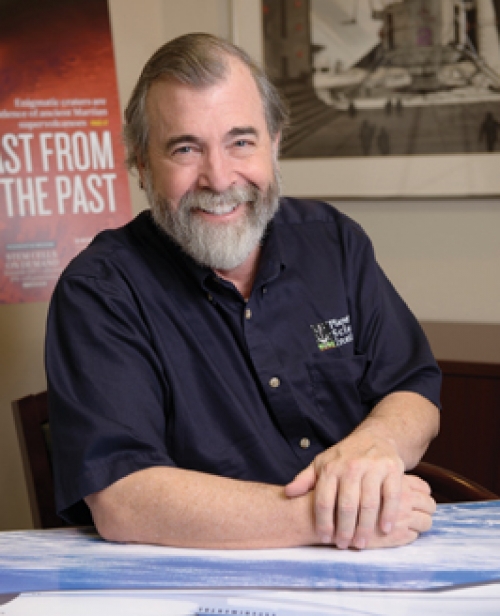 Harold Masursky Award for outstanding service to planetary science and exploration goes to Dr. Mark V. Sykes (Planetary Science Institute) for his significant contributions to fostering a positive research environment for planetary scientists.  Examples of his advocacy for planetary sciences include authorship of NASA’s first spacecraft data rights policy; providing groundwork for the first decadal survey for Solar System studies and organizing, editing and publishing the first collection of community white papers on all aspects of planetary science, which is now a standard practice; establishing and for nine years editing the weekly Planetary Exploration Newsletter (PEN), which now has over 3000 subscribers; and successfully rallying astronomers around the world against an effort to build a development near Mt. Hopkins in Arizona that would have led to substantial light pollution near major telescope facilities. He was a founding member of the NASA Small Bodies Assessment Group and served both on the steering committee and as chair. He has been a tireless advocate of planetary research and data analysis programs, fairness and integrity in the peer-review process, and NASA budget transparency.  He has been an advocate in Congress for competed planetary missions and research. Dr. Sykes served the DPS in many capacities, including a term as Chair. He established the Division’s Federal Relations subcommittee, began annual meetings between DPS leadership and NASA officials, and established regular outreach between DPS leadership and early career planetary scientists.  Finally, over the past twelve years he greatly expanded the Planetary Science Institute, where he is the Director, to be the largest non-government employer of planetary scientists today. Dr. Sykes received his PhD from the University of Arizona in Planetary Sciences in 1986.  He holds a Juris Doctor from the same institution and is a member of the Arizona Bar.  He is also a professional opera chorister. 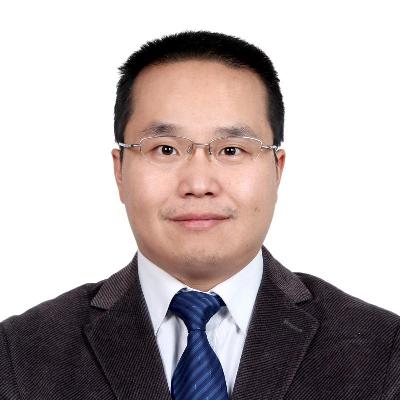 Carl Sagan Medal for outstanding communication by an active planetary scientist to the general public goes to Dr. Yong-Chun Zheng (National Astronomical Observatories, Chinese Academy of Sciences) for his tireless promotion of planetary sciences to the Chinese public and for his explanations of Chinese science to the western world.  As an investigator on Chang’E-1 and Chang’E-2 with expertise in lunar geochemistry and geology, he has delivered scores of talks at planetariums and science museums. He is a columnist for the Xinhua News Agency, and he is a frequent contributor to print and online publications such as China Science and Technology Daily that have millions of readers. Dr. Zheng blogs several times each day on the sites of the China Science Daily and the Chinese Academy of Sciences, with an emphasis in his writings about why the average person should care about topics in planetary science or astronomy in general. His blog at www.sciencenet.cn has been visited over 340,000 times, and he has written several books and book chapters for the general audience. His more than 100 popular articles have been published in The People’s Daily, Space Exploration, Military Digest, Newton Science World, and other publications. He often posts about NASA’s missions, including most recently about New Horizons and the recurrent seasonal gullies on Mars.  Dr. Zheng earned his doctoral degree in Geochemistry and Cosmochemistry from the Institute of Geochemistry, the Chinese Academy of Sciences, in 2005. He currently serves as an associate professor in the Academy’s National Astronomical Observatories. He is also an adjunct associate professor at the Macau University of Science and Technology in Macau, China. 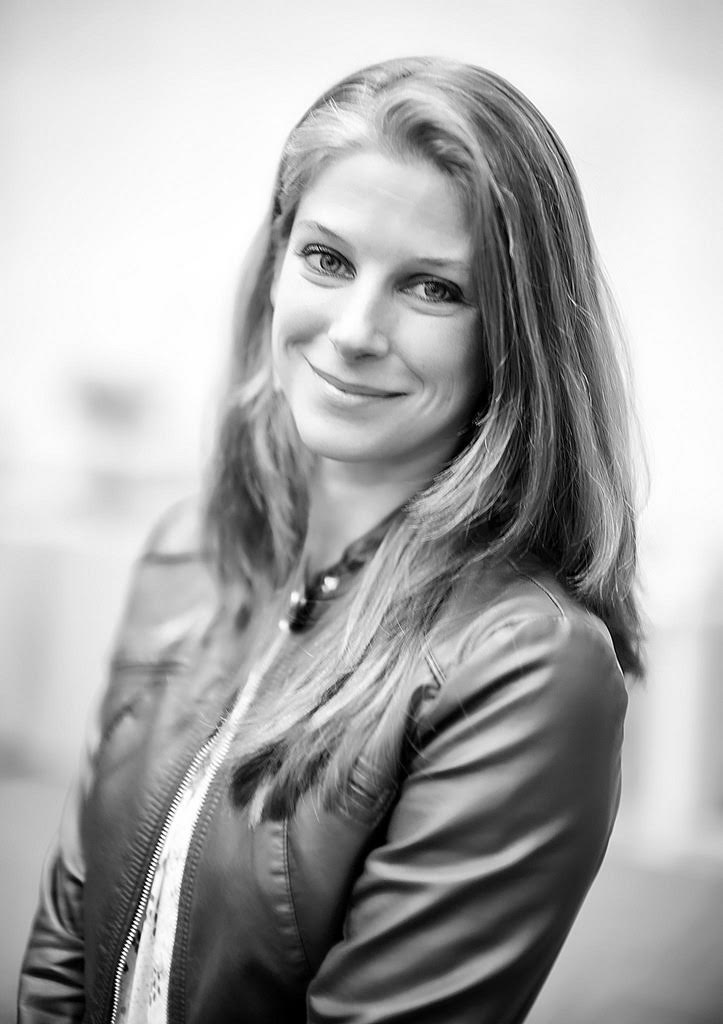 Jonathan Eberhart Planetary Sciences Journalism Award to recognizes and stimulates distinguished popular writing on planetary sciences. This year's recipient is Nadia Drake, a freelance science journalist and contributing writer for National Geographic’s Phenomena website. She has a PhD in genetics from Cornell University on the topic of genomic imprinting, which was gained while simultaneously being principal dancer for the Ithaca Ballet. Since studying science communication at the University of California at Santa Cruz, she has been an intern at Nature, an astronomy reporter for Science News, and a reporter for Wired Science covering life sciences. Dr. Drake has written about rogue planets, human ancestors and giant spiders. She has a particular fondness for Iapetus, exomoons, words, and champagne. In her winning entry, titled “Scientists in Flying Telescope Race to Intercept Pluto’s Shadow”, Dr. Drake gives a highly engaging personal account of how astronomers are keeping tabs on Pluto’s puzzling atmosphere by chasing the planet’s shadow with a plane, the SOFIA Observatory. The article can be found at http://news.nationalgeographic.com/2015/07/150702-pluto-occultation-shad...