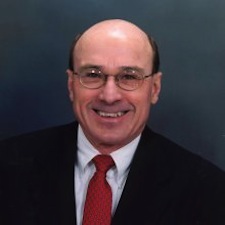 The Division for Planetary Sciences of the American Astronomical Society is pleased to award the 2012 Gerard P. Kuiper Prize for outstanding contribution to planetary science to Darrell Strobel.

Dr. Strobel is one of the very best experts on many aspects of planetary atmospheres and magnetospheres, on which he has made fundamental contributions over nearly 40 years. In the mid-70ʼs he laid out the fundamentals of atmospheric photochemistry, playing a leading role in establishing the general methodology for this then emerging field, and opening the way to study and solve a rich suite of problems related to photochemistry throughout the diversity of planetary atmospheres. After crucial work on the photochemistry of the Earthʼs atmosphere that addressed the modelling of mesospheric nitric oxide, he pioneered the study of hydrocarbon chemistry in Jupiterʼs atmosphere, and his predictions were brilliantly confirmed by the Voyager measurements. As a co-investigator on the Ultraviolet Spectrometer (UVS) experiment on Voyager, he was the intellectual force in that team. He was a leading player in the interpretation of the UVS data in terms of energetics, density and thermal structure of the Giant Planets and Titan, and the discovery and characterization of Tritonʼs tenuous N2 atmosphere. He was also a key member of the team that used the Hubble Space Telescope to discover oxygen atmospheres of Europa and Ganymede and to characterize the SO2 atmosphere of Io and its plasma torus. Being currently an Interdisciplinary Scientist on the Cassini mission, he continues to be a driving force in mission science planning and many investigations of Titanʼs atmosphere.

Through an exceptional scientific breadth, Dr. Strobel led seminal studies in fields such as atmospheric thermal structure and energy balance, neutral and ionospheric structure of upper atmospheres, and plasma interactions with extended atmospheres and mass loading in magnetospheres, addressing virtually all questions related to aeronomy in outer planets. In most of these areas, his physical grasp and novel work outlined new concepts and established gold standards for subsequent studies. In recent years, his unabated intellectual vigor and inextinguishable appetite for new challenges has led him to successfully attack seemingly intractable problems such as the quantitative modelling of hydrodynamic escape from weakly bound atmospheres, or the role of gravity and tidal waves in driving atmospheric dynamics.

Darrell Strobel is undoubtedly one of the most insightful and influential scientists in the field of planetary aeronomy, for which he clearly appears as one of the founding feathers. He has attracted to the field, and guided with dedication, many young planetary scientists, almost all of whom moved to very successful careers. For his many and impressive achievements, the Division for Planetary Sciences is proud to award the 2012 Gerald P. Kuiper Prize to Darrell Strobel. 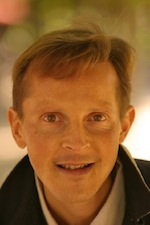 The Division for Planetary Sciences of the American Astronomical Society awards the 2012 Carl Sagan Medal for excellence in public communication by an active planetary scientist to Patrick Michel.

Dr. Patrick Michel is one of Europeʼs most outstanding young planetary scientists. But he is also a brilliant communicator who has contributed relentlessly to making planetary sciences more widely known in France and Europe. In particular, his field of research in asteroid science and collision processes has provided him the opportunity to present a calm and rationale message about these sometimes exaggerated and frightening topics.

Patrick Michel is the main contact on these issues for journalists in France. He is a regular guest on French television, and is even featured in a movie on his research shown at The Museum of Sciences of La Vilette in Paris. He is a consultant for several magazines such as La Recherche, Ciel et Espace, Pour la Science (the French translation of Scientific American), Science et Vie, Sciences et Avenir, and newspapers such as Le Monde, Le Figaro, Le Journal du Dimanche, and Le Temps (Switzerland).

His public presentations range from regular visits at local schools to annual lectures organized by the French Astronomical Society and the monthly magazine Ciel et Espace, which attract thousands of people each year. More than 3000 attendees heard him speak at the ESA-sponsored celebration of the 40th anniversary of the Moon landing in Saint-Tropez.

But his efforts have gone beyond France to include other media appearances in European countries and French-speaking Canada. His colleagues on the Hayabusa mission have noted not only his work to publicize their mission in Europe, but also his outreach with the media and with students in Japan.

For his outstanding and inspirational work at communicating both the results and the excitement of our science to the general public, the Division for Planetary Sciences of the American Astronomical Society is delighted to present the annual Carl Sagan Medal to Dr. Patrick Michel 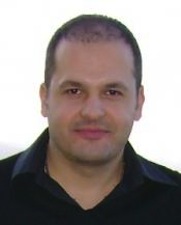 The Division for Planetary Sciences of the American Astronomical Society is pleased to award the 2012 Harold C. Urey Prize for outstanding achievement in planetary research by a young scientist to Alberto Fairen.

Dr. Fairen is one of the brightest young lights in planetary science, who has become in only a few years an internationally respected expert on the geochemical history of Mars, its climate evolution, and the implications for life. Alberto has the great ability to interconnect complementary fields, including
aqueous geochemistry, hydrology, astrobiology and planetary geomorphology, a talent which is very unusual in a world of specialized scientists, and especially important for the new generation of astrobiologists. Exceptionally innovative
recent work has dealt with a model for a cold and wet early Mars, clay minerals in Martian impact craters, conditions for liquid water processes on Mars, and astrobiology through various stages of Martian history. His seminal findings have been paradigm changing, and have had direct implications for how we assess the possibility of the origin of life on Mars, and its possible persistence until today. His high level of achievement and original contributions to astrobiology in general and planetary sciences in particular and his great versatility in dealing with different yet complementary research aspects driven by his deep knowledge of the research literature are rare qualities for a recent PhD. There are few researchers in the world who can conceptualize, design, and perform such complex and comprehensive research in the field of Astrobiology and planetary geology.

The quality, number, and diversity of publications that Alberto has produced is simply amazing: 25 major research contributions published since 2002 include very important first authored articles in and the Proceedings of the National Academies of Sciences, Nature, Icarus, JGR, Meteoritics, Planetary and Space Science, and Astrobiology. His papers have had an important impact on framing discussions, and on the thinking of others in the field.

Dr. Fairen has also demonstrated natural leadership and open mindedness and respect for his peers, stimulating and promoting team work. He is supportive and tenacious in helping to advance the careers of other members of his research team. Not only is Dr. Fairen an excellent scholar who is internationally recognized, he is described by his colleagues as “an absolute pleasure to work with.” He is modest, helpful and collegial in every way.

For these many exemplary qualities, the Division for Planetary Sciences is proud to award the 2012 Harold C. Urey Prize to Alberto Fairen 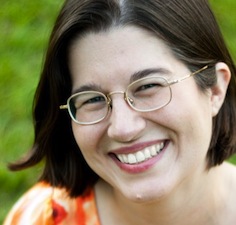 The Division for Planetary Sciences of the American Astronomical Society presents the 2012 Harold Masursky Award for outstanding service to planetary science and exploration to Susan M. Niebur.

Before her untimely death, Dr. Susan Niebur was an energetic, talented, and creative scientist whose skills and enthusiasm have left a lasting impact on the field of planetary science. She purposefully involved herself in professional activities that benefitted the community in which she was an active participant, and often served in leadership roles. She served as the Discovery Program Scientist and led 7 research and analysis programs during her tenure at NASA Headquarters. After leaving NASA to form her own consulting firm, she served on over a dozen NASA review panels. Dr. Nieburʼs research included evaluating the history of space science missions to discern factors that contributed to their successful development and launch.

Dr. Niebur actively engaged in providing support, mentoring, and networking opportunities to hundreds, enabling early career researchers to gain a stronger foothold in the field. In particular, she helped initiate the first Early Career Fellowship program in Planetary Science, which helps integrate new planetary researchers into established research programs. She also co-led the development and execution of the Early Career Proposal Writing Workshops held at the DPS and LPSC meetings, which continues to benefit the community.

Dr. Niebur understood that diversity in the field benefits the entire community and played a particularly strong part in mentoring women and advocating for enhancing their roles in science. She rigorously and statistically analyzed the gender make-up of various scientific leadership roles and identified those in which women were underutilized as compared to their membership numbers in the DPS. Not only did she identify this underutilization, but she suggested practical solutions to help rectify it. She initiated surveys to understand what would help women with children attend conferences, resulting in improvements such as breastfeeding rooms and childcare services. Dr. Niebur also founded and maintained the weblog “Women in Planetary Science” which continues to be active and is the only forum of its kind for women in planetary science.

For her many contributions to NASAʼs missions, including leadership, research, mentoring, early career support, and advocacy for women scientists, the Division for Planetary Sciences is pleased to present posthumously the 2012 Harold Masursky Award to Susan M. Niebur. 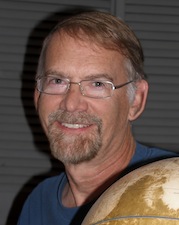 Michael is a science journalist, astronomical artist, and children’s book author. He grew up in Colorado, where his father was an engineer with the space program through Martin Marietta (now Lockheed Martin). His father was involved in early planetary probe studies for Venus, Titan, and other targets, and this connection to astronomy influenced Michael at a young age. He fell in love with the images returned to Earth from the Rangers, Lunas and Surveyors, the Apollo astronauts, the Mariners, Vikings and Voyagers, and began to paint these worlds at the age of 11. He is a Fellow and founding member of the International Association for the Astronomical Arts.

Michael earned his Bachelor of Fine Arts from Colorado State University. He later realized that to create a good piece of astronomical art, one must do the same kind of research it takes to write a good article. And so he began to write about, in addition to illustrating, astronomical worlds. Michael has authored more than 20 books and many more articles in magazines such as Astronomy, Popular Science, Astronomy Now (UK), Sky & Telescope, Clubhouse, and Odyssey.

In his winning entry, “Storm warning,” from Astronomy magazine’s August 2011 issue, Michael expertly explains weather phenomena that occur on the solar system’s planets in language that any “armchair astronomer” can understand. In recognition of his effort to promote planetary sciences in popular media, the Division for Planetary Sciences of the American Astronomical Society is delighted to present the 2012 Jonathan Eberhart Planetary Sciences Journalism Award to Michael Carroll.