The Division for Planetary Sciences of the American Astronomical Society is pleased to award the 2011 Gerard P. Kuiper Prize for outstanding contributions to the field of planetary science to William R. Ward.

Bill Ward is an outstanding theorist in the field of orbital mechanics and planetary dynamics. He is a major contributor to our current understanding of a wide variety of important dynamical phenomena relevant to the formation of our Solar System and the many extra-solar planetary systems. Bill Ward is the undisputed authority in dynamical interactions between planetary embryos, gaseous and particle disks. His seminal theoretical work includes the importance of gravitational instabilities on the formation of planetesimals, the effects of sweeping secular resonances, planet migration due to interactions with the circumstellar disk, and the theory of giant planet satellite formation. He was the first to characterize the evolution of planetary obliquities and their influence on climate (an endeavor that spawned a cottage industry of martian climate models), and he discovered that the moon stabilizes the obliquity of the earth, with potential implications for habitability of other planets.

Many dynamical processes that are now cornerstones of current theories of how planets form and evolve were originally proposed and evaluated by Bill Ward. His findings have been visionary, far ahead of the thinking in the field at the time of their publication, so much so that they have often for a time been under-appreciated. For example in 1976, Cameron and Ward’s proposal that the Moon formed when the Earth collided with a Mars-size planet seemed far-fetched to many, as did Ward’s conclusion in 1986 that large planets would migrate inward over great distances due to interactions with a gas disk. But over time—as the fidelity of numerical simulations achieved levels necessary to reveal elements of Ward’s early analytical formulations, or as the discovery of extrasolar planetary systems changed our view of the planet formation process—Ward’s creative and groundbreaking papers have gained ever-increasing appreciation. Today his many highly cited works form the foundation for a significant portion of current work in planetary formation and dynamics.

It is therefore fitting that the Division for Planetary Sciences bestow our highest honor this year—the 2011 Gerard P. Kuiper Prize—to William R. Ward. 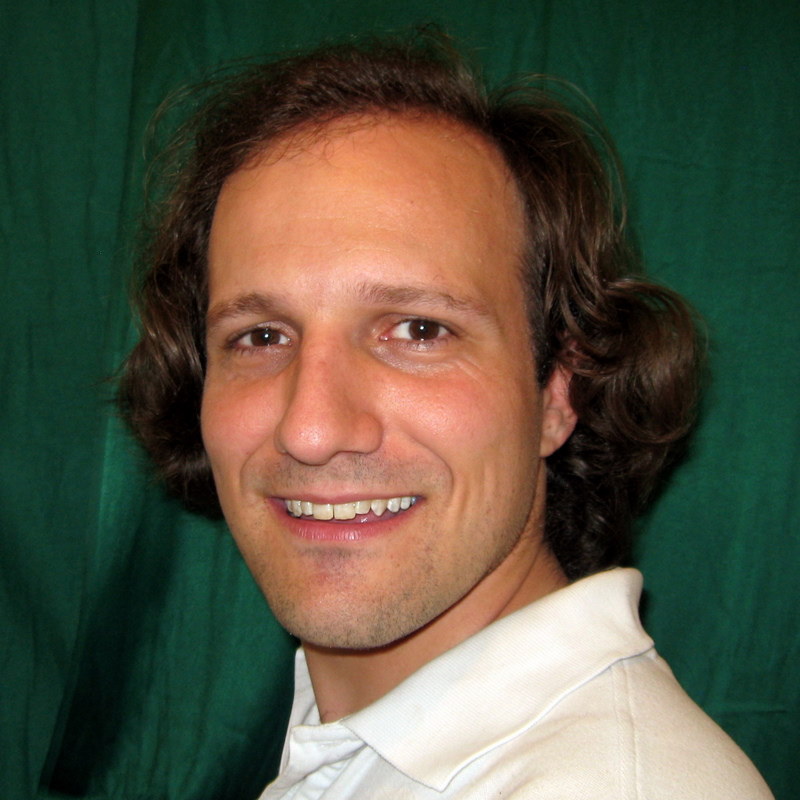 The Division for Planetary Sciences of the American Astronomical Society is pleased to award the 2011 Harold C. Urey Prize for outstanding achievement in planetary research by a young scientist to Eric B. Ford.

Dr. Ford has accrued an exemplary record of research achievement as a young scientist and has excelled as both a theoretician and observer in the study of extrasolar planetary systems. Eric Ford’s pioneering work has demonstrated that strong gravitational scattering among extrasolar planets during their late stages of formation is a key process in establishing their final orbital configuration. In particular, he has shown that the large orbital eccentricities of extrasolar planets, unlike the nearly circular orbits of the planets in our solar system, likely resulted from scattering. Eric analyzed the orbital properties of the triple planet system around Upsilon Andromedae to deduce that a close encounter must have occurred in the past, producing the orbital eccentricities observed.

In our solar system, Jupiter, as well as Mars and Neptune, share their orbit with Trojan asteroids, but much larger objects could be present in other systems, and indeed have been predicted by theoretical models. In his comprehensive study of the general problem, Eric went beyond theoretical predictions and studied carefully the sensitivity of various observing techniques, such as high-precision transit timing, for actually detecting Trojans around known exoplanets. He displays both a complete mastery of theoretical tools and a deep technical understanding of all observational aspects. This allows him to make theoretical predictions with immediate impact for observers.

Recently, Eric has turned his attention to transit-timing variations in transiting planet systems, with the crucial goal of determining orbital eccentricities. This effort will characterize masses, radii, and orbital eccentricities for dozens of multi-planet systems, leading to sharpened theories of the formation, migration, and resonance trapping of planetary systems in general.

For his profound influence in the new field of extrasolar planets research, the Division for Planetary Sciences is pleased to award the 2011 Harold C. Urey Prize to Eric B. Ford. 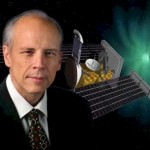 The Division for Planetary Sciences of the American Astronomical Society presents the 2011 Harold Masursky Award for outstanding service to planetary science and exploration to Benton C. Clark III.

Dr. Ben Clark is a unique scientist whose skills and experience have allowed him to play essential roles in the advancement of our knowledge of the Solar System through the use of spacecraft. Ben has been an active participant in at least 10 planetary missions, multiple Earth-orbiting missions, and a contributor to the early development of many more. He was Principal Investigator (PI) for the X-ray fluorescence spectrometer on the Viking landers (which made the first-ever compositional measurements of Mars), and was a co-Investigator on the MER APXS instruments. Ben’s instruments and analysis redefined our understanding of martian surface composition, highlighting the role of salts and the possible implications for astrobiology.

When a PI is developing instrumentation for a spacecraft, or is leading a Discovery mission, it is essential to have someone who works at the institution that is building the spacecraft, who is deeply involved in the development of the spacecraft, as a science advocate. Ben did that job for essentially every Martin Marietta / Lockheed Martin planetary science spacecraft ever built. This is not a task that has high visibility from the outside. But anyone who has been an instrument or mission PI can tell you that it’s an extraordinarily important one. The scientific quality of many NASA planetary missions is due in large part to Ben’s behind-the-scenes efforts.

His scientific knowledge has expanded the capabilities and results that have come from so many missions across the solar system that he participated in. He has helped design missions and instruments, and then participated fully in scientific interpretation of data. He played a critical ongoing role within an engineering organization, making sure the engineers were always staying focused on maximizing scientific return. His easygoing nature and complete enthusiasm for the science and the engineering have made him a valuable and extremely sought after colleague.

For his myriad of accomplishments contributing to missions to planetary targets as diverse as the martian surface, comet tails, and the solar wind, the Division for Planetary Sciences is pleased to present the 2011 Harold Masursky Award to Benton C. Clark. 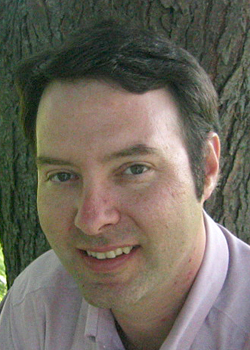 The Division for Planetary Sciences of the American Astronomical Society awards the 2011 Carl Sagan Medal for excellence in public communication by an active planetary scientist to James Bell.

As a dynamic and popular speaker and as an author, Dr. Jim Bell has been an outstanding spokesperson for the beauty and value of planetary science to people around the world. The fact that Jim is an active planetary scientist and has been deeply involved in many NASA missions gives him the credibility and first-hand experience to convey how we humans explore the heavens.

Jim organized the International “Marswatch” during 1990's and early 2000's, a web-based network of amateur and professional Mars telescope observers. The website hosted an archive of publicly-available ground-based and space-based telescopic images. More recently he developed a public web site where the latest processed color Pancam images and mosaics from Mars are released (http://pancam.astro.cornell.edu). This effort helped to spawn a large international community of "armchair astronomers" who download and process Mars rover images on their own and share their products and results openly via the web.

Jim’s beautiful pictorial books (“Postcards from Mars”, “Mars 3-D”, “Moon 3-D”) bring the world of exploration to the living rooms of many households. He has participated in many teachers’ workshops and also been a speaker for the Solar System Ambassadors Program. Jim’s involvement with The Planetary Society and other outreach organizations and programs has extended his influence with the public, not just in the United States, but around the world.

For his efforts at increasing the public understanding of and enthusiasm for planetary science through public speaking, development and promotion of planetary science exhibits and activities, popular science writing, and innovative involvement of the public in data-sharing via the internet, the Division for Planetary Sciences is pleased to award the 2011 Carl Sagan Medal to James Bell. 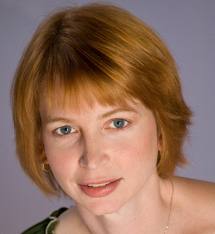 Emily is a new-media journalist who blogs every day about new discoveries and research in planetary sciences. Her writings on The Planetary Society’s weblog have inspired the public to be fascinated by planetary sciences. Through her blog, Emily serves as an ambassador for planetary science working tirelessly to bring important issues and results from our community to a broader audience.

Her career pathway to science journalism wasn’t a straight one. Always fascinated by space, Emily studied geology at Amherst College and initially taught general science to fifth- and sixth-grade students in Chicago area. But she soon returned to graduate school, earning a Master’s degree at Brown University while working with Jim Head on the geology of Venus and Mars.

After moving to California, Emily joined the staff of The Planetary Society, where she contributed to education and outreach efforts such as “Red Rover Goes to Mars.” It was during the 2005 launch of the Society-sponsored Cosmos 1 solar-sail project that Emily found her niche as an online reporter. Since then, her daily online postings have given her growing audience a remarkable window on developments in every corner of planetary science — from the clean rooms of the Jet Propulsion Laboratory to the Voyagers’ latest transmissions at the threshold of interstellar space. She also writes and voices the Society’s weekly Planetary Radio webcast and contributes to its bimonthly magazine, The Planetary Report. Along the way she has cultivated and given exposure to a group of amateur aficionados who reprocess past and current spacecraft imagery with dramatic results.

A testament to her unflagging effort to promote planetary sciences is the 2009 blog titled “The Phoebe Ring.” This online posting sheds light on the discovery of a new unseen ring around Saturn that share the same orbit as its moon Phoebe by a group of astronomers using the Spitzer Space Telescope. For this engaging and stimulating article, the Division for Planetary Sciences is pleased to present the 2011 Jonathan Eberhart Planetary Sciences Journalism Award to Emily Stewart Lakdawalla.