University of Hawaii at Manoa planetary astronomer Dr. Tobias Owen was awarded the 2009 Gerard P. Kuiper Prize by the Division for Planetary Sciences (DPS) of the American Astronomical Society (AAS) for his outstanding contributions to the field of planetary science.

Throughout his career, Toby's ideas have pushed the intellectual and multidisciplinary development of our field, and his findings have advanced our understanding of the origin and evolution of the solar system.

Owen began his career as a student of Gerard Kuiper, the illustrious Dutch-American astronomer for whom the prize is named. He has been involved in many of NASA's major planetary missions over the past 40 years, including the ongoing Cassini-Huygens mission to the Saturn system. Owen was the American lead on a joint ESA-NASA team that developed this international mission and brought it to a new start in 1989. He is currently analyzing results from Cassini, the spacecraft that is still orbiting Saturn, and from the Huygens probe, which landed on the surface of Saturn's moon Titan in 2005.

Owen's scientific achievements include the discovery of the rings of Jupiter and noble (inert) gases and heavy water on Mars, deducing the early existence of a new class of solar system building blocks called "solar composition icy planetesimals," and establishing the importance of deuterium (heavy hydrogen) and other isotopes for studying the history and formation mechanisms of our solar system.

Owen joined the faculty of the UH Institute for Astronomy in 1990. He is a coauthor of two undergraduate textbooks, The Planetary System and The Search for Life in the Universe, both now in their third editions. He has also authored over 300 scientific articles.

This June, Owen received the NASA Medal for Exceptional Public Service. In 2006, he received the University of Hawaii's Regents' Medal for Excellence in Research, shared the Grand Prix Marcel Dassault of the French Academy of Sciences with two colleagues for developing the Huygens probe, and received an honorary doctor's degree from the Observatoire de Paris. 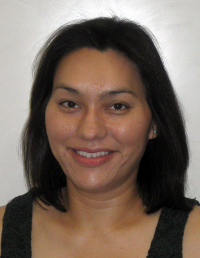 Prof. Sarah T. Stewart-Mukhopadhyay is the recipient of the 2009 Urey Prize from Division for Planetary Sciences (DPS).

The Division for Planetary Sciences of the American Astronomical Society has chosen Sarah T. Stewart-Mukhopadhyay for the 2009 Harold C. Urey Prize. The prize was established by the DPS to recognize and encourage outstanding achievements in planetary science by a young scientist.

Currently the John L. Loeb Associate Professor of the Natural Sciences at Harvard University, Sarah initially showed her abilities as a graduate student at the California Institute of Technology while trying to explain the relationship between the unusual ejecta features around impact craters on Mars and ground ice. Her laboratory experiments were the first to study shock propagation in ice under conditions found on planets and moons in our solar system. She has continued her work at Harvard, where she was also an undergraduate student, building a shock wave laboratory and making contributions to our understanding of craters, planetary accretion and evolution of planetary surfaces.

Besides being a very productive scientist, Prof. Stewart- Mukhopadhyay is an exceptional role model for younger scientists. She is skilled in communicating her research to her colleagues and peers. She is an effective and a generous mentor to her students while raising a family and doing community service. She has helped build a meteorite exhibit for the Harvard Museum of Natural History and also produced an educational video for school students. 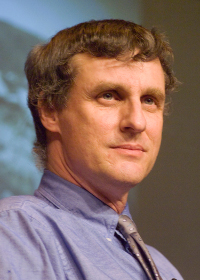 For his work making the Mars Exploration Rover mission a compelling saga for millions of people, Steven W. Squyres, the Goldwin Smith Professor of Astronomy and principal scientific investigator for the mission, has received the 2009 Carl Sagan Medal which recognizes a planetary scientist for excellence in public communication.

Quick to share credit with the entire Mars rover mission team at Cornell and NASA's Jet Propulsion Laboratory, Squyres said he has always taken seriously the responsibility of giving people—the taxpayers who have bankrolled the mission—a clear window into what they are doing on Mars.

"We feel very strongly that the people who pay have a real right to find out in very clear, simple terms what they're getting for their $900 million," Squyres said.

Since January 2004, when the first rover, named Spirit, bounced down on the red planet, the Rover team has maintained a publicly accessible database of images taken by the rovers. Atypical of most NASA missions, the rover mission has allowed people to access data almost immediately. It was a conscious decision by the rover team, Squyres said, to pipeline the data straight to the Web.

"If I'm asleep and you're awake, you can see the pictures from the rover before I do," he said. "And what that has done is it's really enabled people to share in this voyage of exploration."

Squyres hopes these efforts, including a Web site that provides updates of rover activities, has inspired young people to pursue careers in science and engineering.

"NASA does all kinds of wonderful things in space, from cosmology to gamma ray spectroscopy," Squyres said. "But try explaining gamma ray spectroscopy to a third-grader. It's hard. But you know, these are robots looking at rocks. It's not that complicated. What that means is this mission is almost uniquely accessible to people."

As a Cornell graduate student Squyres worked closely with Sagan. "Carl really pioneered, in a very important way, the way in which scientists interact with the media and the public," Squyres said. "To receive an award that's named after him for trying to do the same sort of thing that he did so brilliantly is a real honor." 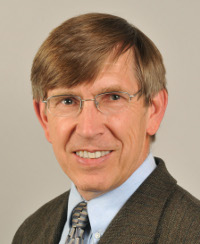 J. Kelly Beatty, Senior Contributing Editor of Sky & Telescope magazine, is the recipient of the 2009 Jonathan Eberhart Planetary Sciences Journalism Award from the Division for Planetary Sciences (DPS) of the American Astronomical Society (AAS). The DPS created this new award in honor of the late journalist and friend of planetary sciences Jonathan Eberhart, to recognize and stimulate distinguished popular writing on the subject.

"It is very appropriate that the first Eberhart Prize is being given to Kelly," says DPS Press Officer Sanjay Limaye of the University of Wisconsin. "Kelly and Jonathan covered many DPS meetings together, and their unhesitating questions, usually the first ones to be asked following a presentation, were very interesting for younger students attending their first meeting. Kelly's articles in Sky & Telescope and in other publications have helped the public share the excitement of learning about the solar system along with the scientific community."

Beatty is receiving the Eberhart Award for "Reunion with Mercury," the cover story of the May 2008 issue of Sky & Telescope. In the well-illustrated article Beatty lucidly explains what scientists learned from the January 2008 flyby of Mercury by NASA's MESSENGER spacecraft, the first probe to visit our solar system's innermost planet in more than 30 years. MESSENGER made a second flyby in October 2008 and a third last week, on September 29th. The spacecraft will settle into orbit around the Sun-baked world in March 2011.

"Jonathan and I spent more than two decades together on the 'beat' of planetary exploration," notes Beatty. "He was a master at conveying science news with both clarity and nuance, and I am deeply humbled to be honored with this award that bears his name."

This is Beatty's second award from the DPS. In 2005 he won the Harold Masursky Award for Meritorious Service to Planetary Science. And, earlier this year, the American Geophysical Union gave him its 2009 Robert C. Cowen Award for Sustained Achievement in Science Journalism.

Beatty has reported on planetary science for Sky & Telescope for more than three decades. He has written more than 100 feature-length stories and countless shorter news reports. His work has appeared in newspapers such as the New York Times and Boston Globe, on National Public Radio, and in a host of book chapters. Beatty regularly speaks about science in classrooms and has been a fixture at planetary-science conferences since the 1970s. His acclaimed book "The New Solar System" is currently in its 4th edition and is used as an introductory textbook at universities across the United States.

Beatty studied geology, planetary science, and astronomy at Caltech and earned a master's degree in science journalism at Boston University. In addition to his work for Sky & Telescope, he teaches astronomy at the Dexter and Southfield Schools in Brookline, Massachusetts, and serves on the Board of Directors of the International Dark-Sky Association.

Jonathan Eberhart (1942-2003) covered planetary sciences with exceptional curiosity and the results from early planetary-exploration missions with phenomenal inquisitiveness. In those early days, print media were the primary outlets for reporting new findings from planetary missions, and Jonathan Eberhart, writing for Science News, performed that task exceptionally well. He developed an unprecedented rapport with scientists who wished to ensureunderstood their complex reasoning.