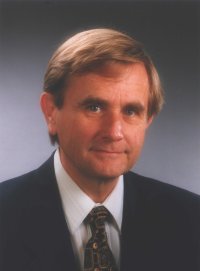 The Division for Planetary Sciences of the American Astronomical Society awards the 2006 Gerard P. Kuiper Prize for outstanding contributions to the field of planetary science to Dale P. Cruikshank, Research Scientist at the NASA Ames Research Center in California. Cruikshank pioneered the application of infrared spectroscopy to solar system bodies, developed laboratory techniques that became tools for interpreting the observations, and has been a leader in the design of instruments for remote sensing observations from deep space planetary exploration probes. Cruikshank's key contributions concern the detection and characterization of volatiles and organics of the surfaces of asteroids and outer solar system bodies. His discoveries, spanning four decades, confirm the early conjecture that common ices are dominant components of outer solar system bodies. With colleagues, he discovered the five ices known on Triton, three on Pluto, and water ice on satellites of Saturn, Uranus, Neptune, and Pluto. With colleagues, he was first to find water ice in the Kuiper Belt, and methanol ice on a Centaur that links these bodies to comets. The ices he found on Triton and Pluto are the sources of the atmospheres of these two bodies, especially fitting discoveries as it was G. P. Kuiper who discovered the first satellite atmosphere, on Titan. Cruikshank pioneered thermal infrared determinations of the albedos of small bodies beyond the asteroid main belt, leading to the recognition that low- albedo material is prevalent in the outer solar system. His spectroscopic work gave the first firm evidence for complex organic solids on a planetary body (Saturn's satellite Iapetus), and provides the basis for progress on the identification of such materials elsewhere. A distinguished scientist and a recognized leader in the planetary community, Cruikshank has participated in a number of past and present NASA missions, including Voyager, Cassini, Spitzer, and New Horizons.

For his outstanding contributions to planetary science, and especially planetary astronomy, it is with great pleasure that the Division for Planetary Sciences awards the 2006 Gerard P. Kuiper Prize to Dale P. Cruikshank. 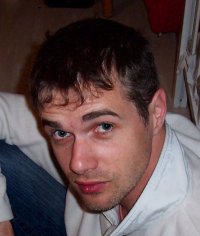 The Division for Planetary Sciences of the American Astronomical Society awards the 2006 Harold C. Urey Prize for outstanding achievement in planetary research by a young scientist to Tristan Guillot, a Charge de Recherche of the CNRS at the Observatoire de la Cote d'Azur, in Nice, France. Guillot is a recognized expert in radiative transfer and its application to the internal structures of giant planets, both inside and outside our solar system. He has developed unique insights on how to properly treat the influence of strong stellar irradiation on the evolution of the deep convective zones of giant planets, discovering that a thickening radiative zone forms at the surface as the planet's interior cools. With colleagues, he correctly predicted that hydrogen-rich exoplanets should have higher entropies than our own gas giants, and therefore larger radii. His doctoral work showed that hydrogen-helium alone does not produce sufficient opacity to maintain Jupiter and Saturn in convective equilibrium at kilobar pressure levels. This has important implications for these planets' history and internal structure and opens a potential role for other opacity sources. Guillot's synthesis of Galileo probe measurements with interior equations of state has determined that Jupiter's core is much less massive than that of Saturn and that a substantial amount of heavy elements are retained in the envelope of Jupiter -- the most definitive analysis of these important quantities to date. He has also contributed to the fields of brown dwarfs, giant planet formation, and the dynamics of atmospheric flow on tidally-synchronized gas giants. He has worked as well to advance planetary science in his native France, and on the upcoming COROT and JUNO missions.

As a young scientist demonstrating outstanding achievement with great potential for future success and scientific leadership, the Division for Planetary Sciences is pleased to award the 2006 Harold C. Urey Prize to Tristan Guillot. 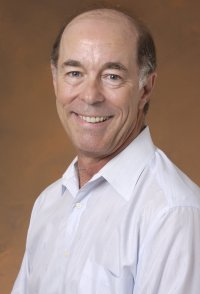 The Masursky Award recognizes individuals for outstanding service to planetary science and exploration through engineering, managerial, programmatic, or public service activities. The award citation states, "Lee has set the standard for systems engineering in the complex world of robotic planetary missions, and moreover, possesses the desire to impart this knowledge to those around him, especially young engineers."

Lee was chief engineer for the Galileo project from 1977 to 1988 and, after working in a variety of positions on the Viking project from 1968 to 1976, was director of science analysis and mission planning during the Viking operations activities. In his current position, Lee is responsible for the engineering integrity of all the robotic planetary missions managed by JPL. His major recent work included not only the oversight of all engineering aspects of Spirit and Opportunity, the twin rover missions to Mars that landed in January 2004, but also the implementation of NASA's successful Deep Impact and Stardust missions.

"Gentry Lee is one of the true heroes of deep space exploration," said JPL director Dr. Charles Elachi. "His work has contributed to the success of JPL missions for more than 35 years."

In addition to his engineering work, Lee has been an active novelist, television producer, computer game designer, media columnist and lecturer. He was the late Carl Sagan's partner in the creation, design, development and implementation of the Emmy and Peabody award-winning public television series "Cosmos." Lee has also co-authored four bestsellers with Arthur C. Clarke and written three more successful solo novels.

Lee's previous awards include the NASA Medal for Exceptional Scientific Achievement in 1976 and the Distinguished Service Medal, NASA's highest award, in 2005. 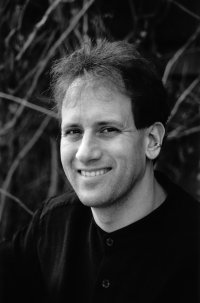 The Division for Planetary Sciences of the American Astronomical Society awards the 2006 Carl Sagan Medal for Excellence in Public Communication by a Planetary Scientist to David H. Grinspoon, the Curator of Astrobiology at the Denver Museum of Nature & Science. Few practicing researchers in planetary science have devoted so much effort to public outreach, and done it so effectively, as David Grinspoon. He has a special gift in being able to communicate exciting ideas at the leading edge of planetary and astrobiological research to the interested public. In his prize-winning popular book, "Lonely Planets: The Natural Philosophy of Alien Life," and his earlier "Venus Revealed," one encounters amazingly engaging works that seek to place diverse aspects of life in the universe, and of our sister planet, into larger cultural contexts. The reader is treated to fresh, "outside the box" perceptions, and asked to stretch his or her mind in unexpected directions, an inevitably intensely rewarding experience!

Grinspoon received several awards recognizing his excellent teaching while at the University of Colorado. In more recent years, he has traveled and lectured extensively, appeared on radio and in television science documentaries, and written popular articles for magazines and Op Ed pieces for the nation's leading newspapers. In Grinspoon's interactions with the public there is visible joy and enthusiasm about planetary science and science in general, all supported by his profound sense of science as an ethical human enterprise. He is one of just a few excellent active planetary science researchers who self-describe their careers in education and public outreach as being of equal or greater importance. Grinspoon thus follows in the tradition of Carl Sagan himself, and like Sagan in his time, Grinspoon is nearly unique in making science truly hip.

For his strong dedication to excellence in communicating planetary science to the public, and illuminating the numinous, the Division for Planetary Sciences is pleased to present the 2006 Carl Sagan Medal to David H. Grinspoon.

Dr. Grinspoon is curator of astrobiology at the Denver Museum of Nature & Science, has been awarded the 2006 Carl Sagan Medal by the Division for Planetary Sciences (DPS) of the American Astronomical Society. The prestigious medal was created to recognize scientists whose efforts have significantly contributed to a public understanding of, and enthusiasm for, planetary science.

Grinspoon's research focuses on the evolution of Earthlike planets elsewhere in the universe. He is a recognized expert on the planet Venus, and he serves as an advisor to NASA on space exploration strategy. Grinspoon is particularly interested in improving our ability to understand and predict climate change, and the implications of climate change on the habitability of different planets, including Earth in the future.

Though he is an accomplished researcher whose scientific findings have been published in journals such as Science and Nature, Grinspoon has always placed a high priority on sharing his knowledge of science with the general public. In 2004, he won the Pen Center Literary Award for Research Nonfiction for his book Lonely Planets: The Natural Philosophy of Alien Life , which explores the possibility of other life in the universe from scientific, historical and philosophical perspectives. The book won praise from Publishers Weekly, Scientific American, WIRED magazine, Entertainment Weekly, Kirkus Reviews (which gave Lonely Planets a starred review), and Booklist , which said, "Grinspoon comes across like a buddy in a bar, trying out ideas over a beer or a few."

The success of Lonely Planets was a highlight in a long list of other accomplishments. Grinspoon's first book, Venus Revealed: A New Look Below the Clouds of Our Mysterious Twin Planet, was a finalist for the Los Angeles Times Book Prize, and his popular writing has appeared in Scientific American, Natural History, and The New York Times, among other publications. In addition, he has been featured on National Public Radio, PBS, BBC World Service, and was a regular guest on The John Batchelor Show on the ABC Radio Network.