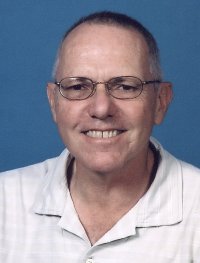 The Division for Planetary Science of the American Astronomical Society awards the 2005 Gerard P. Kuiper Prize for outstanding contributions to the field of planetary science to William B. Hubbard, Professor of Planetary Science at the University of Arizona. Hubbard's work has centered on the study of the internal structure and evolution of giant planets and brown dwarfs, as well as on the use of stellar occultations to study the atmospheres of the outer planets. Hubbard's key early contributions on the internal thermal state and structure of Jupiter and Saturn established the framework for our current understanding of the jovian planets, particularly that these planets possess fully convective envelopes. Hubbard was the first to extend the work done by Henyey and Hayashi into the mass range of giant planets. He developed the basic techniques that are widely used to compute the evolution of giant planets. Hubbard's book on Planetary Interiors is a thorough compendium of the remarkable breadth of his knowledge in this field. Hubbard has also contributed a substantial body of work on the use of stellar occultations to study the atmospheres of planets, beginning with the occultation of β Scorpii by Jupiter and Io, which led to a direct measurement of the scale height of Jupiter's atmosphere. His pioneering work in the study of stellar occultations by solar system bodies led to his confirmation of the atmosphere of Pluto and co-discovery of ring arcs around Neptune. He also made significant contributions to the theory of central flashes and the intensity fluctuations in occultation light curves. In recognition of his lifetime of work on the energy transport, internal structure, and evolution of giant planets, extrasolar planets, and brown dwarfs, and for outstanding contributions to planetary science, it is with great pleasure that the Division for Planetary Science awards the 2005 Gerard P. Kuiper Prize to William B. Hubbard.

The Kuiper Prize is awarded annually to an active researcher in the DPS to recognize and honor outstanding contributions to planetary science. It is awarded to scientists whose achievements have most advanced our understanding of the planetary system.

The Division for Planetary Science (DPS) of the American Astronomical Society (AAS) awards the 2005 Harold C. Urey Prize for outstanding achievement in planetary research by a young scientist to David Nesvorny, of the Southwest Research Institute in Boulder CO. Nesvorny is recognized for his exemplary record of achievement in the study of the dynamical evolution of small bodies in the solar system. His early work introduced the idea of three-body resonances, which are now understood to be a major cause of chaos in the orbits of planets and play a major role in the delivery of asteroids to near-Earth orbits. Nesvorny's study of clustering in the asteroid belt led to the discovery of the tiny Karin asteroid family, which he dated at an age of 5.8 million years. He has also identified several other recent breakup events, with the largest being the formation of the Veritas family 8.3 million years ago. These results are now helping scientists to study asteroid geology, impact physics and effects of space weathering. Nesvorny has also been a pioneer in the modeling of the dynamical evolution of asteroids by the thermal radiation drag force and torques. He helped demonstrate that these effects spread out asteroid families in semi-major axis and modify asteroid spin rates and obliquities. As a young scientist demonstrating outstanding achievement with great potential for future success and scientific leadership, the Division for Planetary Sciences of the American Astronomical Society is pleased to award the 2005 Harold C. Urey Prize to David Nesvorny.

The Urey Prize is awarded annually to a member of the DPS to recognize and encourage outstanding achievements in planetary science by a young scientist. 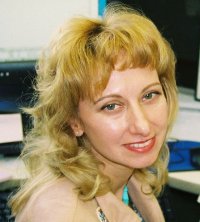 The Division for Planetary Science of the American Astronomical Society awards the 2005 Carl Sagan Medal for Excellence in Public Communication by a planetary scientist to Dr. Rosaly Lopes, a Principal Scientist at NASA's Jet Propulsion Laboratory in Pasadena, California, and an Investigation Scientist for the Titan Radar Mapper on the Cassini-Huygens mission to Saturn. Throughout her career studying planetary volcanism, Lopes has been an enthusiastic and untiring communicator of planetary science to the public. Early in her career she served as Curator of Modern Astronomy and Deputy Head of Astronomy at the Old Royal Observatory Greenwich, where she was heavily engaged in interactions with the public and media. Since joining the JPL Galileo Near Infrared Mapping Spectrometer team in 1991, she has taken a leading role in communicating Galileo's results to the public and teachers. Lopes is particularly active with Hispanic groups, and has been an inspiration for many young people in her native Brazil. She has worked tirelessly to bring science to Hispanic communities, and has been very active in the encouragement of women and minorities in science. She has written a popular book about volcanoes on Earth, and has edited an undergraduate book on planetary volcanism, in which all of the contributors are female scientists. She has always been extremely active in giving public and school talks throughout California, as well as in Brazil, Mexico, Portugal, and Italy. Lopes has conducted all of her public outreach activities while maintaining an extremely impressive scientific research program. For her strong dedication to excellence in communicating planetary science to the public, the Division for Planetary Science is pleased to present the 2005 Carl Sagan Medal to Rosaly Lopes. 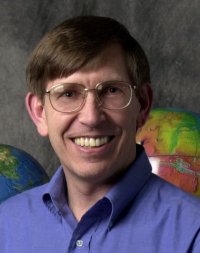 The Division for Planetary Sciences of the American Astronomical Society presents the 2005 Harold Masursky Award for outstanding service to planetary science and exploration to J. Kelly Beatty, Executive Editor of Sky & Telescope magazine and Editor of Night Sky magazine. For more than 30 years, Beatty has been a leading communicator and interpreter of planetary science through his writing, editing, broadcasting, and public speaking. He has been equally adept at explaining the results of professional research and enabling his audience to vicariously experience the excitement of doing that research. It is a testament to his deep understanding of planetary science, and his accuracy and integrity in reporting it, that numerous researchers have invited him to participate in their observing campaigns and trusted him to report on them from ‘the inside.’ The New Solar System, a book that Beatty conceived and edited and that has been translated into several languages over the past two decades, is one of the most comprehensive and accessible overviews of planetary science for the public. Beatty has also played a key role in the training and mentoring of other journalists through his internship program at Sky & Telescope and his exemplary leadership of the press at meetings. Often he will ask a key question that focuses the attention of the rest of the press, and indeed of many researchers, on the true significance of a new scientific result. Beatty serves as a vital link between planetary scientists and the public that supports them. In recognition of his Meritorious Service to Planetary Science, the Division for Planetary Sciences is pleased to present the 2005 Harold Masursky Award to J. Kelly Beatty.