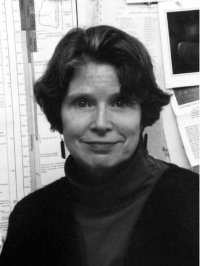 The Division for Planetary Sciences (DPS) has awarded its 2004 Gerard P. Kuiper Prize to Dr. Carle M. Pieters of Brown University. The Kuiper Prize is awarded annually to an active researcher in the DPS to recognize and honor outstanding contributions to planetary science. It is awarded to scientists whose achievements have most advanced our understanding of the planetary system. The Kuiper Prize will be presented to Pieters at DPS 2004, which will convene November 8-12 in Louisville, Kentucky.

Pieters has dedicated herself, through a wide range of laboratory and telescopic studies, to the establishment of a rigorous basis for the physical reasons behind the behavior of reflected light from a wide variety of planetary surfaces. Her work has been fundamental to understanding the mineralogical diversity and surface alteration processes for the Moon and asteroids. The discovery of olivine in the central peak of the lunar crater Copernicus and evidence for plutons in the middle crust of the Moon revealed a more diverse internal structure than previously realized. Her continued lunar research is fundamental for planning the exploration of the South-Pole Aitken basin. Her detailed studies of the finest fractions within the lunar regolith ultimately resulted in a fundamental new understanding of space weathering that is not only applicable to the Moon, but also to the asteroids.

Her current work focuses on achieving a detailed understanding for the regolith of Mars. Through her hard work and leadership, the NASA Reflectance Experiment Laboratory (RELAB) has provided ten thousand state-of-the-art spectroscopic measurements of meteorites, lunar, and terrestrial materials for the worldwide research community. Pieters is well known as an enthusiastic and inclusive researcher and mentor, who most importantly epitomizes the goal of unselfish cooperation in science. 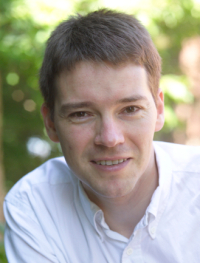 The Division for Planetary Sciences (DPS) has awarded its 2004 Harold C. Urey Prize to Dr. Jean-Luc Margot of Cornell University. The Urey Prize is awarded annually to a member of the DPS to recognize and encourage outstanding achievements in planetary science by a young scientist. The Urey Prize will be presented to Margot at DPS 2004, which will convene November 8-12 in Louisville, Kentucky.

Margot, an Assistant Professor of Planetary Science at Cornell University, is recognized for his broad-ranging studies of solar system binary objects, of planetary spin states, and of water ice on the surface of the Moon, using ground-based and spaced-based telescopes sensitive at radio, infrared, and optical wavelengths. Margot has discovered and characterized binary systems from near-Earth space to the Kuiper Belt. His high-precision measurements of the spin states of Mercury and Venus are yielding important information about the interiors of those planets. He has measured the amplitude of tiny physical librations at Mercury, a finding that has important implications for the state of the planet's core. Additionally, Margot's radar interferometry measurements and digital elevation models of the lunar poles pinpoint potential regions for ice deposits on the Moon. 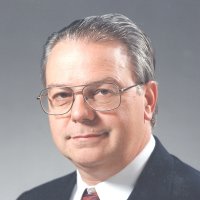 The Division for Planetary Sciences (DPS) has awarded its 2004 Carl Sagan Medal to Dr. David Morrison of the NASA Ames Research Center. The Sagan Medal is awarded annually to an active researcher in the DPS for long-term excellence in the communication of planetary science to the public. The Sagan Medal will be presented to Morrison at DPS 2004, which will convene November 8-12 in Louisville, Kentucky. Morrison is Senior Scientist for the Astrobiology Institute at Ames, which is located in Moffett Field, California. Throughout his scientific career as an expert on solar system small bodies and as an investigator for numerous spacecraft missions, including Mariner 10, Voyager, and Galileo, Morrison also has enthusiastically dedicated himself to sharing the excitement of planetary exploration with the public. For two decades, Morrison generated a widely-praised and widely-used series of slide and information sets, featuring the best planetary images available; he also authored informational books for the general public on the Voyager flybys of Jupiter and Saturn.

Morrison has given hundreds of public lectures and has appeared for many years on radio and television explaining planetary science in everyday language. As President of the Astronomical Society of the Pacific, Morrison devoted himself to encouraging and supporting the educational work of the society and also chaired the ASP Long-Term Aims Committee, which set out the goals and activities for public outreach that the organization is still following today. He is co-author of one of the first textbooks in planetary science. Morrison and co-authors are also successors in the continuation and revision of the original George Abell series of astronomy textbooks, reaching students worldwide, providing for many the basis for their only college science course.

He has been instrumental in illuminating the scientific basis for potential hazards due to asteroid and comet impacts through refereed papers, popular articles and books, and is responsible for NEO News (with about 800 subscribers) and for the Impact Hazard website, http://impact.arc.nasa.gov/. His educational impact also continues through the coordination of activities for the NASA Astrobiology Institute, with special attention to the content of undergraduate courses in this new interdisciplinary field. 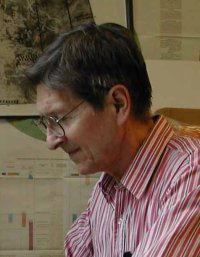 The Division for Planetary Sciences (DPS) of the American Astronomical Society has awarded its 2004 Harold Masursky Award to Dr. Alexander Basilevsky, Director of the Laboratory of Comparative Planetology at the Vernadsky Institute in Moscow, Russia. The Masursky Award is awarded annually to recognize and honor individuals who have rendered outstanding service to planetary science and exploration through engineering, managerial, programmatic, or public service activities. The Masursky Award will be presented to Basilevsky at DPS 2004, which will convene November 8-12 in Louisville, Kentucky.

Alexander Basilevsky is Director of the Laboratory of Comparative Planetology at the Vernadsky Institute in Moscow. As scientific colleagues and close personal friends during the Cold War era, Drs. Basilevsky and Masursky were together responsible for establishing some of the most basic and productive interactions between planetary scientists of the Soviet Union and those of the United States and Western Europe. As a leading expert in the study of cratering processes and planetary geology for the Moon, Mars, and Venus, Basilevsky was a natural Soviet scientific counterpart to Masursky. Also analogous to Masursky, Basilevsky's detailed involvement and pushing of a scientific agenda in all Soviet lunar and planetary missions was a major factor in inserting science into otherwise political and engineering missions.

Dr. Basilevsky's scientific and political impact extended internationally through his extensive effort and success in being one of the few Soviet scientists able to travel frequently to planetary conferences in the west. Further, he participated actively within the European Geophysical Union, the International Union of Geological Sciences, as well as within the organization of Vernadsky-Brown University Microsymposia on Comparative Planetology.