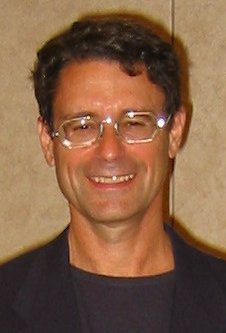 CITATION: The Division for Planetary Sciences of the American Astronomical Society awards the 2003 Gerard P. Kuiper Prize for outstanding contributions to the field of planetary science to Steven J. Ostro. Ostro is a Senior Research Scientist at the California Institute of Technology Jet Propulsion Laboratory. Ostro has been a pioneer and principal driving force in the area of planetary radar astronomy and continues to push the capabilities of this field to new heights. He is recognized for the first ever main-belt asteroid detection, of Ceres, as a graduate student and the extensive program of radar observations of near-Earth and main-belt asteroids since. The result has been a series of spatially-resolved images that have profoundly impacted our understanding of these bodies. Notable discoveries include the first strong evidence for a contact binary asteroid, 4769 Castalia; the most compelling evidence for a metallic, near-Earth asteroid, 1986 DA; the first confirmed non-principal axis rotator asteroid, 4179 Toutatis; the first mapping of a decameter, monolithic, rapidly rotating asteroid, 1998 KY26; and the first clearly resolved radar images of a main-belt asteroid, 216 Kleopatra. He made the first radar detection of Phobos and has been involved in radar studies of Saturn's rings, the Galilean satellites and Mars.

In addition to observational work, Ostro has mentored the next generation of small body radar scientists. Together with these colleagues he has built the theoretical framework to obtain the most, and most reliable, scientific results from radar data. This includes development of the mathematical techniques for inverting asteroid echo edge frequencies to obtain pole-on silhouettes, and the development of real-time orbit determination software that uses radar data immediately to radically improve asteroid orbits. He has also applied his radar techniques to optical lightcurves of asteroids to derive convex hull-profiles, significantly more realistic than classical ellipsoidal fits.

Ostro approaches his work with intensity and dedication, maintaining the highest scientific standards. His achievements have significantly advanced our under-standing of the planetary system. His efforts stand as a positive example for all of us. The Division for Planetary Sciences is pleased to award the 2003 Gerard P. Kuiper prize to Steven Ostro.

For his years of research demonstrating the power of radar techniques to wrest information from near-Earth asteroids, Dr. Steven Ostro will receive the prestigious Gerard P. Kuiper Prize in 2003 from the American Astronomical Society's Division for Planetary Sciences. Ostro studies asteroids as a senior research scientist at NASA's Jet Propulsion Laboratory, Pasadena, Calif. He began probing these miniature planets with radar more than 20 years ago, and was essentially the only researcher doing so through the 1980s. The field has grown in the past decade, with increasing recognition of the scientific importance of asteroids.

“Not only has Steve pioneered this field, he has trained a whole posse of young scientists who are now helping to reveal these incredibly fascinating worlds,” said Division for Planetary Sciences Chair Dr. Richard Binzel, a planetary scientist at the Massachusetts Institute of Technology, Cambridge. “Steve has done groundbreaking work in a new area of solar system exploration,” said the division's 2001 chair, Dr. Mark Sykes, a planetary scientist at the University of Arizona, Tucson. “With radar imaging of asteroids, he has provided insights into the shapes and collisional evolution of these very common solar system objects. He does things we couldn't do otherwise without sending a spacecraft, and he works with an intensity and meticulousness that make him a good model for all of us.”

Ostro and his colleagues have successfully obtained radar echoes from nearly 200 asteroids, mostly ones that cross Earth's orbit but also including many in the main asteroid belt between Mars and Jupiter. “Every single one of them is unique in its own way,” Ostro said. “It's been just one remarkable object after another.”

For bodies that are mere points of light in the best optical telescopes, radar experiments have revealed exotic shapes, such as the dogbone configuration of asteroid Kleopatra and the elongated shape of Geographos. They have disclosed unusual motions, such as the slow wobbling of Toutatis. They have shown craters and other geological features on asteroids' surfaces. They have identified some asteroids as metallic, some as unconsolidated heaps of rubble and some as pairs orbiting each other while they orbit the Sun. “I feel extremely fortunate to be doing this work,” Ostro said. “It's like a Star Trek fantasy—seeing a world that no one has ever seen before. That's what I've been able to do over and over.”

The radar experiments require large dish-shaped antennas, such as those at the Goldstone, Calif., facilities of NASA's Deep Space Network, and the National Science Foundation's Arecibo Observatory in Puerto Rico. The Goldstone antennas serve primarily for communicating with distance spacecraft and get additional use for radio astronomy, including radar investigations. With radar, a radio signal is beamed to the target, and the echo brings information about the object that has reflected it. “It's not a passive observation like other areas of astronomy. It's more like performing an experiment on the object,” Ostro said. “We stimulate the object to give up its secrets. We send out questions and get back answers.”

Among the most important answers from any near-Earth asteroid are exactly how far away it is and how fast it is traveling. That information allows a much more precise calculation of its orbit than is possible from only repeated optical observations of the same asteroid. With orbital calculations that incorporate radar-observation data, the forecast of the asteroid's likelihood of striking Earth can often be extended for centuries into the future. Earlier this year, observations by Ostro and colleagues were used to show that an asteroid named 1950 DA has a slight chance—possibly one in 300, probably much less—of hitting Earth on Saturday, March 16, 2880, which makes 1950 DA the most hazardous known asteroid. To date, NASA has discovered about half of the estimated potentially hazardous near-Earth asteroids, and, besides the extremely remote possibility of 1950 AD, none is on a path that will impact the Earth. Near-Earth asteroids make inviting destinations for initial human exploration of the solar system beyond the Moon, Ostro said. Many would be relatively easy to reach and offer useful resources, such as metals, complex organic compounds and chemically bound water, for wider-ranging space exploration.

The prize is named for Gerard Kuiper, widely regarded as the father of modern planetary science. The 1,200-member Division for Planetary Sciences awards it to one scientist each year “whose achievements have most advanced our understanding of the planetary system.” Ostro will be the 20th recipient. Previous winners have included Carl Sagan, James Van Allen and Eugene Shoemaker. Ostro will be the first JPL scientist to receive the Kuiper Prize. The California Institute of Technology's Dr. Peter Goldreich received it in 1992.

Ostro is a New Jersey native who earned bachelor's degrees in liberal arts and ceramic science from Rutgers University, New Brunswick, N.J.; a master's degree in engineering physics from Cornell University, Ithaca, N.Y.; and a doctorate in planetary sciences from the Massachusetts Institute of Technology. He began working at JPL in 1984. The California Institute of Technology, Pasadena, manages JPL for NASA. 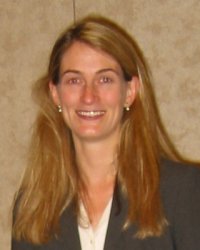 CITATION: The Division for Planetary sciences of the American Astronomical Society awards the 2003 Harold C. Urey Prize for outstanding achievement in planetary research by a young scientist to Robin M. Canup. Canup, the Assistant Director of the Department of Space Studies at Southwest Research Institute in Boulder, Colorado, is recognized for substantially advancing our understanding of the Moon's origin by a giant impact and its subsequent formation and dynamical evolution, including the origin of the lunar inclination. She has exhaustively assessed what it takes to create a companion to Earth in stable orbit. Her work provides important insights into the role of large collisions in planet formation, the bulk and surface composition of the Moon, and the likely characteristics of satellites in other planetary systems.

Canup was the lead editor of the Arizona Space Science Series book, Origin of the Earth and Moon, and organized a special session on the topic at the fall 1999 AGU. She demonstrates appreciable abilities as both a researcher and leader in her profession. The Division for Planetary Sciences is pleased to award the 2003 Harold C. Urey prize to Robin Canup.

The Urey Prize is awarded annually by the Division for Planetary Sciences (DPS), the largest division of the American Astronomical Society (AAS). The Urey Prize was established by the DPS to recognize and encourage outstanding achievements in planetary science by a young scientist. 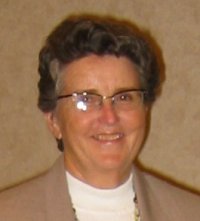 CITATION: The Division for Planetary Sciences of the American Astronomical Society awards the 2003 Harold Masursky Award for outstanding service to planetary science and exploration to Reta F. Beebe. Beebe, a Professor of Astronomy at New Mexico State University in Las Cruces, New Mexico, is recognized for her substantial service contributions to the planetary science community throughout her long career, through her work on advisory committees, in elective office, and providing supporting observations for planetary missions. She accepted management of the NASA Planetary Data System Atmospheres Node when it was in trouble, and she has made it a resource to the Community. She has served as the Discipline Scientist for the Planetary Atmospheres program at NASA headquarters. She has served on the NRC Committee on Planetary and Lunar Exploration and now is its chair. She has served on numerous other working groups and commissions and has helped review myriad programs.

Beebe was elected Chair of the DPS from 1992 to 1993. She was elected and served on the DPS Committee as member from 1981 to 1984. As Chair of the NRC Giant Planets Discipline Panel of the NRC Solar System Exploration Survey, Beebe engaged in extensive outreach to the planetary community to ensure maximum community input to their deliberations.

The planetary community has benefited deeply from her selflessness. Reta Beebe serves as a model to us all for service to planetary science and exploration. The Division for Planetary Sciences is pleased to give the 2003 Harold Masursky Award to Reta Beebe.

Reta F. Beebe, a New Mexico State University astronomer, has been selected as the recipient of the 2003 Harold Masursky Award by the Division of Planetary Sciences (DPS) of the American Astronomical Society. She will be presented the award at the DPS meeting in September 2003 in Monterey, Calif. “I was quite surprised,” said Beebe. “It was not one single act of brilliance; instead the (planetary) community chose to honor me for my accumulated work.”

The award recognizes and honors individuals who have rendered outstanding service to planetary science and exploration through engineering, managerial, programmatic or public service activities. “I think Dr. Beebe is extremely deserving of this award,” said Rene Walterbos, head of New Mexico State's astronomy department. “We are very pleased for her. I think this award also brings recognition and prestige to the department as well.”

Beebe, who has been a professor at NMSU for more than 30 years, is the director of the NASA Planetary Atmospheres Data Node, which is located at NMSU, and chairs the Committee for Planetary and Lunar Exploration (COMPLEX), which is the principle committee of the National Research Council of the National Academy of Science. This committee will oversee implementation of the Decadal Plan for Planetary Astronomy in the nation from 2003-2013.

Established by the DPS in 1991, the award is named after the late Harold Masursky of the U. S. Geological Survey, a scientist who was a Leader in establishing and accomplishing scientific objectives in both U. S. and international programs for planetary exploration. Former recipients of the Harold Masursky Award include the late world-renowned planetary scientist, Carl Sagan (1991); the former associate administrator for Space Science at NASA, Wesley Huntress (1999); and the late Congressman George E. Brown, Jr.