“All that survives after our death are publications and people. So look carefully after the words you write, the thoughts and publications you create, and how you love others. For these are the only things that will remain.” –Susan Niebur 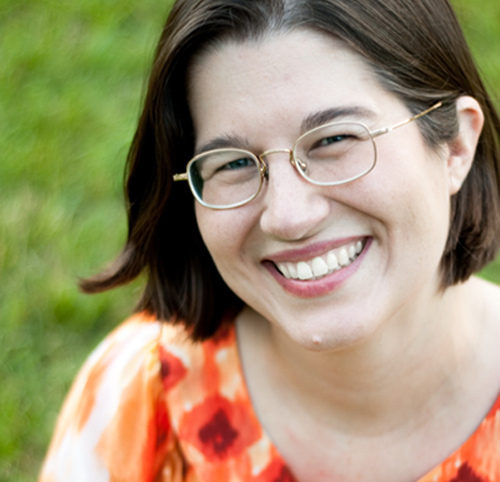 Susan Niebur, former NASA Program Scientist and founder of the Women in Planetary Science project, passed away on February 6, 2012, surrounded by family and friends. She will be remembered for her untiring work to bring people together and to find ways to help everyone to be able to live up to their potential; for the passion and incredible energy she brought to everything she did; for the constant encouragement and inspiration she provided to others; and for her wonderful and unfailing smile.

Susan got her Ph.D. in Physics at Washington University McDonnell Center for Space Sciences in 2001. While a student, she founded the American Physical Society’s Forum on Graduate Student Affairs and served as its first Chair; founded and led the first peer mentoring group at Washington University; co-created and administered the first National Doctoral Program Survey; and served as President, Vice President, Regional Coordinator, and first Alumni Affairs Coordinator for the National Association of Graduate-Professional Students. She started her career at NASA Headquarters straight out of grad school as a Presidential Management Intern in the Office of Space Science and became the Discovery Program Scientist in 2003. During her five-year service at NASA Headquarters she co-founded the first-ever Early Career Fellowships and Workshops for Planetary Scientists, held at annual meetings of the American Astronomical Society’s Division for Planetary Science and the Lunar and Planetary Science Conference.

In 2006 Susan left NASA and founded Niebur Consulting, to pursue research in space science policy, the history of space science missions, mission leadership and the place of women in the current landscape of planetary exploration. (Her publications on these topics can be found at http://susanniebur.wordpress.com/publication-list/.) She also consulted for major aerospace companies and research institutions on proposal strategy and planning. In addition, she worked tirelessly to promote community outreach projects, providing several forums for those whose voices aren't always heard. In 2008, she founded the Women in Planetary Science project ("Women make up half the bodies in the solar system. Why not half the scientists?" http://womeninplanetaryscience.wordpress.com/), a community-building portal to promote networking and facilitate sharing of resources to remove barriers to success. As part of that project she ran a series of interviews 51 Women in Planetary Science, which represents a goldmine of information for anyone interested in learning about options available when pursuing a career in a planetary-science-related field. She also introduced the first Women’s Networking Breakfast, a hugely successful annual event at the Lunar and Planetary Science Conference, which, over just a few years, has grown from an overflowing hotel breakfast room to a large conference room, also overflowing.

Among her numerous honors is the Public Service Award from the NASA Planetary Science Division in November 2011, for her “exemplary leadership abilities [that] have helped many women in the field, both planetary and astrophysics” (PSD Director Jim Green).

Susan was also extremely active in advocating for cancer research and raising awareness about Inflammatory Breast Cancer, a rare and very aggressive form of cancer. She fought that disease with all she had, documenting her journey on the site ToddlerPlanet.wordpress.com with compelling forthrightness, and was one of the creators of the online support network Mothers with Cancer about “Raising Children, Fighting Cancer, Living Life!” (http://motherswithcancer.wordpress.com/). Her tremendous contribution to social media and cancer advocacy has been widely recognized, including the Bloganthropy Annual Award for “using social media to make a difference” in 2011.

“Susan Niebur is survived by her family, friends, achievements, and the indelible marks she made on people around the world.” (Curt Niebur, February 6, 2012).

More information on Susan and links to her websites can be found at:
http://solarsystem.nasa.gov/people/profile.cfm?Code=NieburS