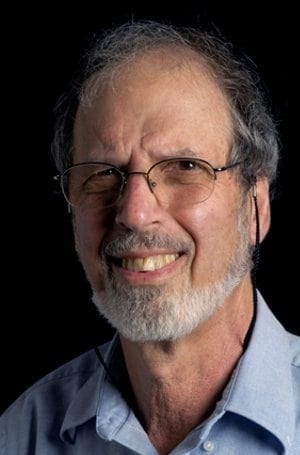 Astronomer Paul Feldman, a worldwide leading authority on comets who pioneered the field of ultraviolet spectroscopy of comets, died at home on Jan. 26, 2022. He was 82. In addition to pioneering contributions to cometary science, Feldman—professor emeritus in the Department of Physics and Astronomy and Academy Professor—made similar contributions to the fields of planetary and satellite atmospheres and astronomical instrumentation. He was principal investigator of a NASA-supported sounding rocket program and was responsible for more than 50 sounding rocket launches to study the Earth's upper atmosphere, the aurora and the airglow, the atmospheres of comets and planets, the spectra of hot stars, and cosmic background radiation. He is largely responsible for Johns Hopkins' reputation as a leader in solar system ultraviolet astrophysics and spectroscopy.

Feldman's program also developed the UVX experiment that flew on the Space Shuttle Columbia in January 1986. He was principal investigator for a program of comet studies, including Comet Halley in 1985-1986, using the International Ultraviolet Explorer satellite observatory. He was a co-investigator on the team that developed the Hopkins Ultraviolet Telescope for FUV astronomy as part of the Astro payload that flew on the space shuttle in December 1990 and again in March 1995, and was a general observer with the Hubble Space Telescope and served on the Space Telescope Users Committee from 1992 to 1995. He was also a member of the FUSE science team and a co-investigator on the HST Advanced Camera for Surveys, and a member of the NASA science teams for the Rosetta and LRO ultraviolet spectrometers team and the Europa Clipper UVS team.

“Feldman's work was notable for its great breadth and depth,” said Harold (Hal) Weaver, research professor in the department, principal professional staff at Hopkins' Applied Physics Laboratory, and a former student of Feldman.

This is abbreviated from a much longer tribute found at this link: https://hub.jhu.edu/2022/01/31/paul-feldman-obituary/