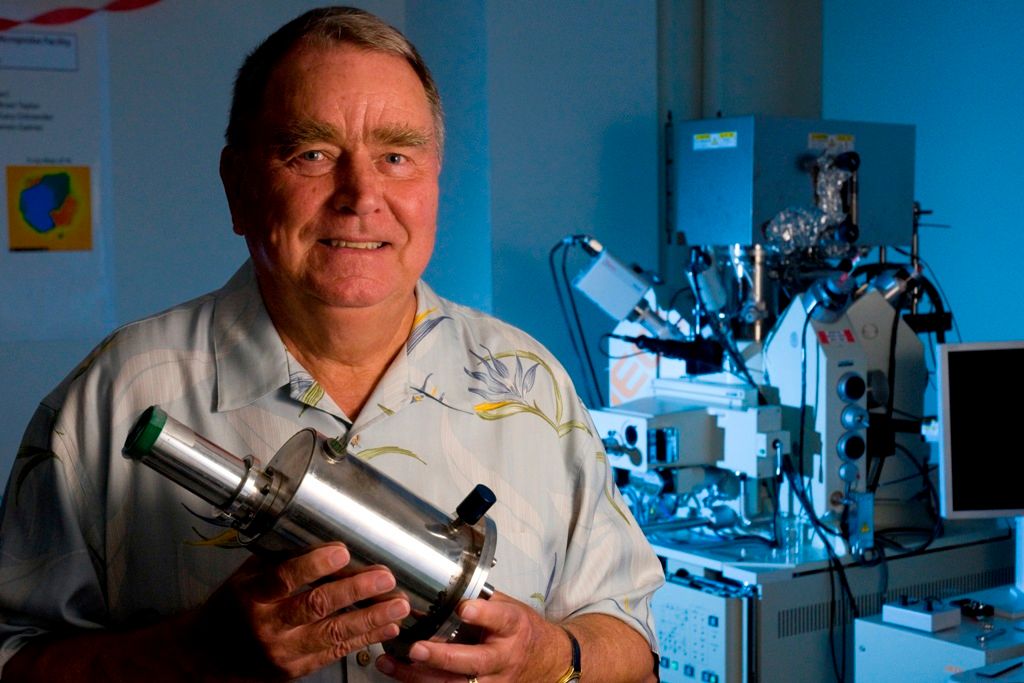 Klaus Keil was Emeritus Professor, former Director of the Hawai`i Institute of Geophysics and Planetology, and former Interim Dean of the School of Ocean and Earth Science and Technology. Klaus was an outstanding scientist, spectacular mentor, educator, and leader, dedicated family man, and enthusiastic tennis player. His academic and science leadership skills glittered at the University of Hawai`i since 1990 and at the Institute of Meteoritics at the University of New Mexico from 1968 to 1990.

Klaus was a pioneer in the use of the electron microprobe in meteoritics and in petrology and mineralogy in general. In the early 1960s, he worked with colleagues at NASA Ames Research Center, Ray Fitzgerald and Kurt Heinrich, to make the first energy dispersive X-ray spectrometer for use in microanalysis. This device was the first to focus on terrestrial and extraterrestrial geological materials, and the first to use a solid-state lithium-drifted Si detector. Over his long and illustrious career, Klaus studied practically every type of meteorite and lunar sample, addressing big problems in planetary science, from chondrule formation to pyroclastic eruptions on the Moon and achondritic bodies, from asteroid disruption to the composition of the Martian surface.

His accomplishments were recognized through awards of the Leonard Medal from the Meteoritical Society, the J. Lawrence Smith Medal of the National Academy of Sciences, and election as a Legends Fellow of the Microanalysis Society, in addition to numerous other accolades including the main belt asteroid Keil and the extraterrestrial mineral keilite, (Fe,Mg)S, named in his honor.