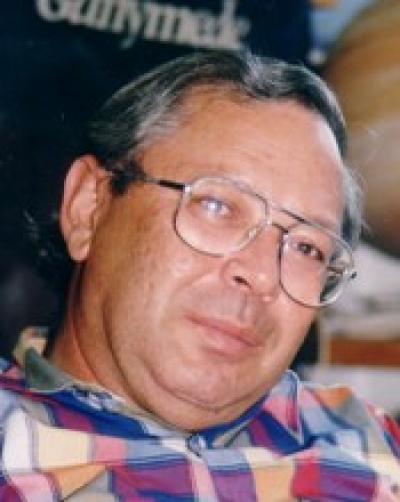 Akiva Bar-Nun, a leader in the field of cosmochemistry, died in Jerusalem, Israel on January 25, 2017. Akiva was born in 1939. After completing his doctorate in shock wave chemistry at the Hebrew University in Jerusalem in 1968, he did his postdoc at Cornell University, where he worked with the late Carl Sagan. This led to a lifelong interest in the origins of life. His formal entrance into the field of planetary science came with a 1975 paper predicting that thunderstorm shocks were the source of short-lived hydrocarbons in Jupiter's atmosphere. This prediction was eventually confirmed by spacecraft observations. In 1976, after six years as lecturer at the Hebrew University, Akiva joined the faculty at Tel Aviv University. There he continued to explore the importance of shockwaves for the origins of life. In addition, he investigated the photochemical production of planetary aerosols. Later on, he set up his unique and world-famous laboratory, where he conducted pioneering studies of ices under conditions typical of comets. His investigations on trapping of volatiles by cometary ices and their subsequent release upon warming of the ice, revolutionized cometary research. Akiva's expertise made him a valuable contributor to several international space projects, including the HASI experiment on the HUYGENS spacecraft that landed on Titan, as well as the ALICE and ROSINA instruments on the ROSETTA spacecraft. Akiva served as the Director General of the Israel Space Agency between 1989-1993, and then for another two years as its Vice Chairman. He was an excellent teacher and mentor, who inspired numerous students, and he played an important role in advancing the public understanding of science. Generations of young students have delighted in his book on the Solar System (New Worlds, published in 1984, in Hebrew). Akiva was also a good friend. He will be sorely missed.