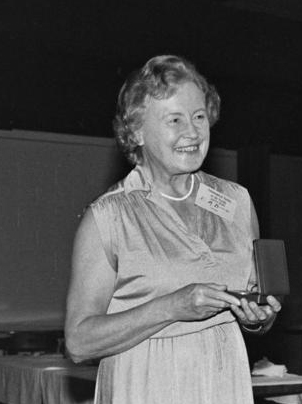 The British-American astronomer Margaret Burbidge passed away on 5 April 2020 at the age of 100. She was the principal author of a watershed scientific paper in 1957 that set out the evidence for chemical elements having been formed inside stars. The 100-page paper was titled “Synthesis of the Elements in Stars” and was published in Reviews of Modern Physics. Burbidge was the first author, together with her collaborators, her husband, Geoffrey Burbidge, William A. Fowler and Fred Hoyle; the paper became known as B2FH, from the first letters of its authors’ surnames.

Born in Stockport, Greater Manchester, she studied astronomy, physics and mathematics at University College London and graduated with first class honors in 1939 just as WWII was looming. She worked at the University of London’s Mill Hill observatory, where her  observing logs indicated that she sometimes had to realign the telescope because of nearby  explosions from German V1 flying bombs.

She earned a PhD from University College London in 1943, and as WWII was ending, she applied for a postdoctoral fellowship at the Mount Wilson observatory in Los Angeles.  Drawn by the sheer size of the telescopes being built in the US, she was turned down because she was a woman and would have had to spend nights at the observatory with married men. Writing in 1994, she recalled that this rejection opened her eyes to gender- based discrimination, “A guiding operational principle in my life was activated: If frustrated in one’s endeavor by a stone wall or any kind of blockage, one must find a way around it — another route towards one’s goal. This is advice I have given to many women facing similar situations.”

Remaining in Britain, she met Geoffrey Burbidge, a theoretical physicist at UCL, in late 1947, and six months later they were married. Her enthusiasm for the universe persuaded him to turn his talents to astrophysics too. She finally made it to the US in 1951 with a position at the University of Chicago’s Yerkes observatory in Wisconsin. Although she would occasionally return to the UK over the coming decades, she made the US her home and became a US citizen in 1977.

In 1962 the Burbidges became professors at the UC San Diego, and a decade later she returned to the UK to become director of the Royal Greenwich Observatory. Until then the post had carried with it the title of Astronomer Royal. However, she was not conferred this honor, breaking more than 300 years of tradition, something she would sometimes put down to politics and sometimes to sexism.

In the same year she took a stand against the AAS by refusing to accept its Annie Jump Cannon award, given for distinguished contributions to astronomy by women. Her reason was that it was only awarded to female astronomers, and in her letter to the committee she explained that “it is high time that discrimination in favor of, as well as against, women in  professional life be removed”.

In response, the AAS convened a working group to investigate the status of women in astronomy. In 1974 she returned to the US, and two years later was elected the first female  president of the AAS. In the subsequent decades she worked across many areas of astrophysics, and helped to develop the Faint Object Spectrograph, one of the original  instruments on HST.

She retired in 1988, and subsequently became professor emeritus. In 2005 she and her husband were jointly awarded the gold medal of the Royal Astronomical Society. Geoffrey died in 2010. Margaret is survived by their daughter, Sarah, and a grandson, Conner.

Adapted from the full obituary at: