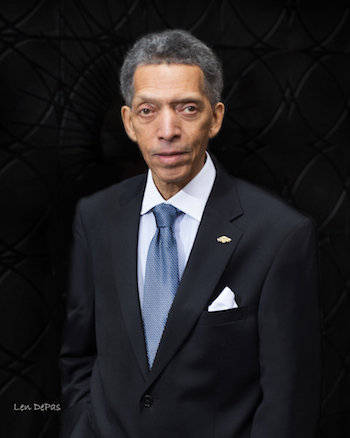 Dr. George Carruthers was an accomplished astrophysicist and engineer, with many contributions to astrophysics and planetary science, and one of only a few African Americans working in the early U.S. space program. He was the principal designer of an ultraviolet camera/spectrograph that went to the moon as part of NASA’s Apollo 16 mission in 1972, in an effort to examine Earth’s atmosphere and the composition of interstellar space, for which he was awarded NASA’s Exceptional Scientific Achievement Medal. He continued his instrument development and science research at the U.S. Naval Research Laboratory through 2002, when he became a professor at Howard University. His accomplishments included development of an instrument with two far-UV cameras used on the STS-39 space shuttle mission, in 1991, and the first detection of molecular hydrogen in space, via a sounding rocket in 1970. Dr. Carruthers earned many awards for his work, including a National Medal of Technology and Innovation awarded by President Obama. Dr. Carruthers will be remembered as an amazing scientist, engineer, professor and mentor. In particular, he was highly engaged with the National Society of Black Physicists (NSBP). He passed on December 26, 2020, at the age of 81.