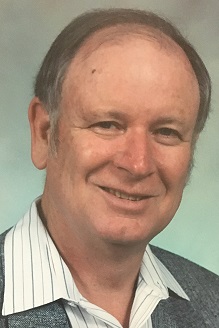 David Criswell, a noted space physicist with many science publications and worldwide patents, as well as a former member of the science staff at the Lunar Science/Lunar and Planetary Institute, passed away on September 10. He was 78 years old.

Criswell received his Ph.D. in 1968 from Rice University in the Department of Space Physics and Astronomy. His graduate research at Rice University included experimental work on auroral photometry and particle detection using rockets and satellites. He joined the technical staff of TRW Inc.-Houston Operations in 1968 and pursued a wide range of projects in support to the Apollo program.

In 1970 Criswell came to the newly created Lunar Science Institute in Houston as a visiting scientist, becoming a senior staff scientist by the time the Institute was renamed as the Lunar and Planetary Institute.

Criswell conducted research on Moon-solar wind interactions, dynamics of the soil regolith, lunar surface seismology, and related topics. He directed the only post-Apollo study funded by NASA during the 1970s on the conversion of lunar resources into basic industrial materials. He directed a number of LPI functions such as local and international scientific conferences and study groups, edited major proceedings and special journal issues, and operated the Lunar and Planetary Review Panel, which reviewed more than 3000 research proposals submitted to NASA in the 1970s.

Criswell began writing articles and papers on the use of extraterrestrial materials for commercial usage and space settlements in 1979. His article in The Industrial Physicist, “Solar Power via the Moon” (April/May 2002), was the continuation of many years of dedicated service to the development of space resources for developing Third World Countries, seeking to develop a source of safe, efficient, and cost-effective energy for future generations of Earth’s inhabitants.

In 1980, Criswell accepted a research position with the newly formed California Space Institute (CalSpace) headquartered at the University of California, San Diego. He participated in formulation of local and statewide Cal Space research programs and acquired NASA and private funds for the development of systems to process lunar materials, directing high-level program reviews for NASA and the congressional Office of Technology Assessment.

From 1982 to 1990 Criswell served as an aerospace consultant, working with industry, government, and academic clients. He also organized and participated in reviews of advanced research programs at the Institute of Geophysics and Planetary Physics at Los Alamos National Laboratory and provided similar assistance to the Illinois Space Institute. He directed the CalSpace Automation and Robotics Panel, which conducted an independent evaluation of the use of advanced automation and robotics within the NASA space station program. Criswell was also the primary developer and Director of the Consortium for Space/Terrestrial Automation and Robotics of the Universities Space Research Association. Criswell organized and wrote the proposal under which the University of California won the National Space Grant College and Fellowship program in California in 1989 and operated the program for the first year before returning to Texas in 1990.

While successful in a number of professional research areas, Criswell was most passionate about and most noted for his work on a potential lunar solar power system, which was designed to build bases on the Moon in order to beam clean, renewable energy from the Sun to Earth. People often said he was a man ahead of his time. In his personal life, he was a devoted, funny, sweet husband, father, grandfather, brother, and friend. In every sense, the world will be much the poorer without him.

For those who might be in the Houston area, a celebration of David Criswell’s life will be held on Monday, October 14, at 2:00 p.m. (reception to follow) at Bay Area Unitarian Universalist Church, 17503 El Camino Real, Houston TX 77058. Amusing and memorable stories to share about him are welcome.