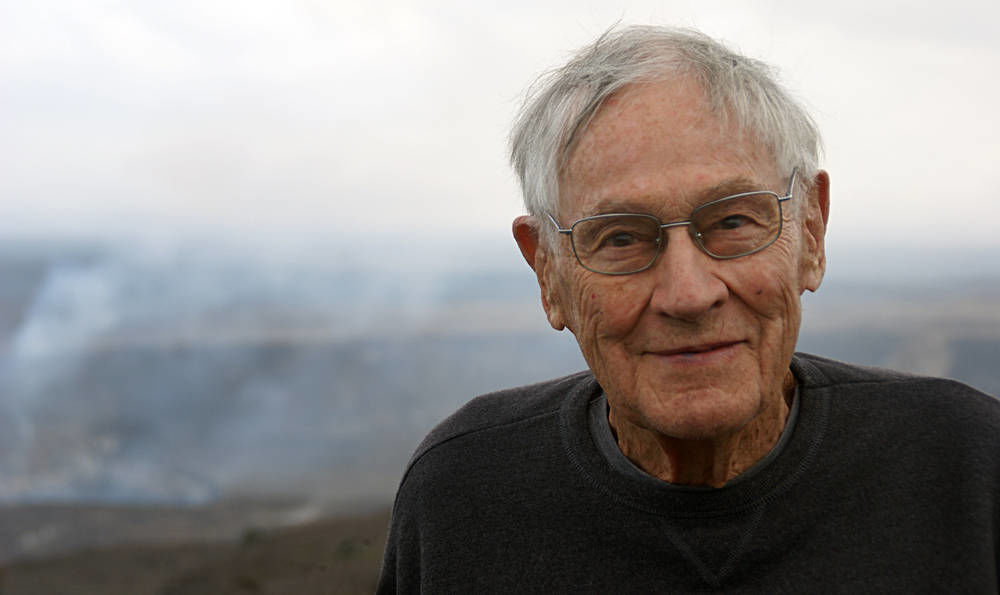 Bradford A. Smith, planetary astronomer best known as the lead imaging scientist on the Voyager mission who guided the world during the 1980s on a visual odyssey across the outer solar system, passed away peacefully at his home in Santa Fe, NM on July 3, 2018 from complications from myasthenia gravis, an autoimmune disorder.  He was 86.

Brad was born in 1931 in Cambridge, Massachusetts and grew up in nearby Winchester, MA.  He graduated in 1954 from Northeastern University with  a BSc degree in Chemical Engineering and received a PhD in Astronomy from New Mexico State University in 1973.  During the course of his career,  he held the academic appointments of Associate Professor of Astronomy at New Mexico State University, Professor in both the Department of Planetary Sciences and the Department of Astronomy at the University of Arizona, and finally Research Astronomer at the Institute for Astronomy, University of Hawaii at Manoa.

Despite his early training as a chemical engineer, Brad's first love was astronomy.   After college, he spent two years as a private in the army, working as an astronomer in the US Army Map Service at the White Sands Missile Range in New Mexico, where he began a long and productive association with Clyde Tombaugh, the discoverer of Pluto.  His first astronomical project was a search  (with negative results) for possible natural satellites of the Moon at Lowell Observatory, with Tombaugh, during the lunar eclipse of November 17-18, 1956.

Soon thereafter, he followed Tombaugh to New Mexico State University and in 1958 established there a program of systematic, ground-based telescopic imaging of the planets in support of the robotic planetary missions on which the newly formed NASA would soon be embarking.  This was the dawn of the  space age, a time when planetary science as a disciplined study of the planets was only just taking shape.  Brad’s cutting-edge knowledge and experience in  imaging the planets earned him membership in that first generation of explorers chosen to execute humankind’s initial reconnaissance of the solar system.

Throughout the 1960s, 70s, and 80s, he was involved in many US and international space missions: the Mariner 6, Mariner 7, Viking, and Soviet Phobos missions to Mars; the Soviet Vega mission to Halley’s Comet; and the Wide Field/Planetary Camera team for the Hubble Space Telescope. He rose to deputy team leader for the imaging investigation on Mariner 9, the first spacecraft to orbit another planet in 1971, and from 1972 through 1989, served as the imaging lead on the Voyager mission to Jupiter, Saturn, Uranus, and Neptune.  For his contributions to space science, he was four times  awarded the NASA Medal for Exceptional Scientific Achievement.  Asteroid 8553 (bradsmith) is named for him.

While still deeply involved in spaceflight, Brad continued to push the limits in Earth-based astronomical imaging. In early 1976 Brad and his colleagues were the first to use a CCD detector on an astronomical telescope, yielding the first high-resolution infrared images of Uranus and Neptune.  Later, in 1984, he would be the first to use a coronagraph on the star β Pictoris, an observational breakthrough that led to his discovery of the star's circumstellar debris disk.  This was the first direct evidence of a planetary system beyond  our own and a finding that initiated the observational study of extrasolar planetary systems, today the most productive field in astronomy.