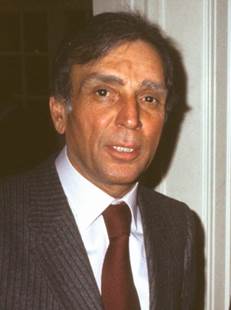 S. Ichtiaque Rasool passed away peacefully on April 20, 2016. Born in 1930 in Lucknow, India, Ichtiaque moved to France where he earned his doctorate in atmospheric sciences in 1956 at the University of Paris and met his wife of 51 years, Francoise. He came to United States in 1961 at the invitation of Robert Jastrow of the Goddard Institute of Space Science and began what turned out to be an amazing 45 year career with NASA eventually retiring from the position of Chief Scientist for Global Change.  In 1968, Ichtiaque spent a sabbatical year in Paris, during which he gave lectures that were instrumental in the formation of a planetology group at the Paris Observatory and attracted Catherine de Bergh, Thérèse Encrenaz, and Daniel Gautier to pursue careers in planetary science.  While at GISS, he was appointed an editor of the Journal of The Atmospheric Sciences and actively solicited papers on planetary atmospheres. Ichtiaque became a US citizen in 1970 and in 1971 he moved to NASA Headquarters as the Deputy Director for Planetary Programs under Director Robert S. Kraemer when the Grand Tour Mission was under consideration and cancelled and resurrected as Voyager 1 (Mariner Jupiter Saturn) and 2 (Mariner Jupiter Uranus Neptune).  During this period there was also the launch and landing of Viking Spacecrafts on Mars. Later Ichtiaque served as Noel Hinner’s Deputy for Science before moving over to the Earth Science  side of NASA. After joining GISS he collaborated with Arv Kliore on Mariner radio occultation measurements of the atmospheres/ionospheres of Mars and Venus. With Catherine de Bergh he wrote one of the early papers about the runaway greenhouse on Venus and with Stephen Schneider he raised the issue about the combined effects of large increases in CO2 and aerosols in a Science publication. He was the recipient of the NASA Medal for Exceptional Scientific Achievement in 1974, the William T. Pecora Award in 2002, and the COSPAR William Nordberg Medal in 1988. Throughout his career he was a strong advocate for international cooperation in Earth and planetary sciences, even during waning years of the cold war.  Ichtiaque is survived by his wife, his son, Immanuel Rasool, his daughter, Elisa Petit, and four grandchildren. For those who would like to know more about his unique career, his book entitled “My Life: From Riches to Rags and (almost) back! A Memoire” is recommended and available from Amazon.com.