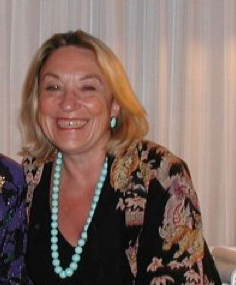 The Division for Planetary Sciences is very sad to announce that our valued colleague and friend, Angioletta Coradini, passed away on September 4, 2011. Angioletta Coradini started her scientific career in 1969 with her PhD thesis at the Rome University “La Sapienza” devoted to the origin of the glassy particles found in the lunar soils. She worked on lunar samples from the Apollo missions during the seventies, at the Istituto di Astrofisica Spaziale of the Italian National Reseach Council (CNR). At the same time she started to study the formation of the solar system, becoming a leading expert in that field.

During the eighties she expanded her interest in space instrumentation through a collaboration with the JPL Team who developed the TIMS (Thermal Infrared Mass Spectroscope), gaining experience which allowed her to lead the Italian team for the Cassini VIMS Spectrometer visual channel. Angioletta Coradini did also a lot of management of space experiments, through a long series of successes starting from the PI-ship of VIRTIS on Rosetta. Other experiments in which Angioletta was involved include VIR on DAWN, now in orbit around the Vesta asteroid, JIRAM on the Juno mission en route to Jupiter, the infrared spectrometers on Venus Express, Bepi Colombo, and many other projects.

Angioletta was Head of the Planetology Departement of the Istituto di Astrofisica Spaziale (1982-1986), Director of the CNR National Group of Astronomy (1984-1990), Director of the CNR (after INAF) Istituto di Fisica dello Spazio Interplanetario (2003-2011). All in all, Angioletta was one of the world-recognized leading experts in Planetary Sciences, with varied interests ranging from minor bodies to outer planets and theoretical work on the formation of our Solar system. She made fundamental contributions in all these domains in addition to her involvement in the development and management of some of the most important space missions in this field.

In recognition of her significant contributions to the planetary sciences she had received several awards and recognitions. Her human and scientific qualities will be missed and remembered by her family, colleagues and friends.

There will be a tribute session to Angioletta at the EPSC-DPS meeting (see hereafter).