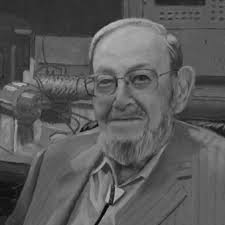 Gerald J. Wasserburg was an American geologist. At the time of his death, he was the John D. MacArthur Professor of Geology and Geophysics, Emeritus, at the California Institute of Technology. He was best known for his work in the fields of isotope geochemistry, cosmochemistry, meteoritics, and astrophysics.

After leaving the U.S. Army, where he received the Combat Infantryman Badge, he attended college on the G.I. Bill. Wasserburg completed his Ph.D. from the University of Chicago in 1954, with a thesis on the development of krypton-argon dating. He joined the faculty at the California Institute of Technology (Caltech) in 1955 as Assistant Professor. He became Associate Professor in 1959 and Professor of Geology and Geophysics in 1962, and in 1982, became the John D. MacArthur Professor of Geology and Geophysics, retiring in 2001. Along with Typhoon Lee and Dimitri Papanastassiou, he discovered the presence of short-lived radioactive aluminum-26 in the early solar system and short-lived palladium-107.

Wasserburg was deeply involved in the Apollo program with the returned lunar samples, and was the last living member of the so-called “Four Horsemen,” whose other members were Bob Walker, Jim Arnold, and Paul Gast. He pioneered the precise measurement of ultra-small samples under strict clean room conditions with minimal contamination. He was also the co-inventor of the Lunatic Spectrometer (the first fully digital, mass spectrometer with computer controlled magnetic field scanning and rapid switching) and founder of the “Lunatic Asylum” research laboratory at Caltech, which specialized in high-precision, high-sensitivity isotopic analyses of meteorites and lunar samples. He and his co-workers were major contributors to establishing a chronology for the Moon and proposed the hypothesis of the late heavy bombardment (LHB) of the whole inner solar system.

Wasserburg’s research led to a better understanding of the origins and history of the solar system and its component bodies and the precursor stellar sources contributing to the solar system. This research established a timescale for the development of the early solar system, including the processes of nucleosynthesis and the formation and evolution of the planets, the Moon, and the meteorites.