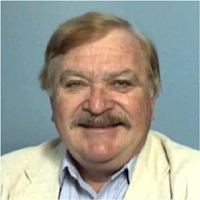 It is with great sadness that we report the loss of our colleague, Dr. Arvydas Kliore, who died suddenly on December 7, 2014 of natural causes. Arv was born in Lithuania and immigrated to the United States in 1949. He joined the engineering staff at JPL in 1962, where he had a distinguished career for over half a century with numerous publications and awards. A JPL Senior Research Scientist for more than 25 years, he was a pioneer in planetary radio science, especially in the study of planetary atmospheres and ionospheres, beginning with the first NASA planetary mission. Arv was a principalinvestigator or team member on every Mariner mission, on Pioneer 10/11, and on Pioneer Venus, and he served as Deputy Team Leader for the Galileo Radio Propagation Science Team. Most recently, he was a member of the Cassini Radio Science Team from 1990, serving as team leader for more than 20 years. Over his career, Arv attended nearly every DPS meeting in its 47-year history, a testament to his remarkable level of dedication and commitment to the community of planetary scientists.

Arv set high standards for scientific achievement, generosity, modesty, personal integrity, and an infectious enthusiasm for life. Those of us who had the privilege of working with him for decades have benefited from his wisdom, fairness, sense of perspective grounded in long experience, and unstinting loyalty and support. We miss him greatly, and will carry his memory and many contributions with us.

- Dick French, on behalf of the Cassini Radio Science Team